SEOUL - The widow of South Korea’s last military dictator issued a brief apology over the "pains and scars” caused by her husband’s brutal rule as dozens of relatives and former aides gathered at a Seoul hospital on Saturday to pay their final respects to Chun Doo-hwan.

Chun, who took power in a 1979 coup and violently crushed pro-democracy protests a year later before being jailed for treason in the 1990s, died at his Seoul home Tuesday at the age of 90.

On the final day of a five-day funeral procession, Chun’s family held a funeral service at Seoul’s Severance Hospital before taking his remains to a memorial park for cremation. Chun’s widow, Lee Soon-ja, said during the service at the hospital that her husband had wished to be cremated and that his ashes be spread in border areas near North Korea.

"As we wrap up the funeral procession today, I would like to offer a deep apology on behalf of our family toward the people who suffered pains and scars during my husband’s time in office,” said Lee, without specifying Chun’s misdeeds.

Chun never apologized for his atrocities, which included overseeing a massacre of hundreds of pro-democracy protesters in the southern city of Gwangju in 1980, one of the darkest moments in the country’s modern history that came as he attempted to solidify his rule following the coup.

Cho Jin-tae, a senior official at a foundation representing Gwangju victims, said Lee’s vague expression of remorse rang hollow and called for Chun’s family to back her words with action, including cooperating with truth-finding efforts into Chun’s major wrongdoings. - AP 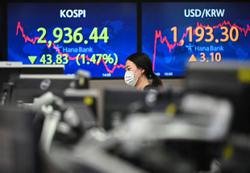 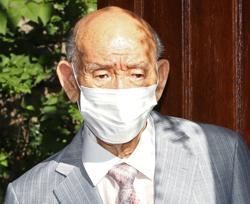