Healthcare workers take swab samples from Covid-19 patients at the emergency room of the Cengkareng Regional General Hospital in Jakarta on June 23, 2021. -Antara

JAKARTA (The Jakarta Post/Asia News Network): The government is planning to make polymerase chain reaction (PCR) tests mandatory for travelers across all modes of transportation, officials say, in a bid to prevent another wave of Covid-19 infections amid increasing public mobility ahead of the year-end holiday season.

Currently, negative PCR test results are required only for passengers traveling by air in Java and Bali, as well as in other regions with a high risk of Covid-19 transmission.

Coordinating Maritime Affairs and Investment Minister Luhut Binsar Pandjaitan, who oversees the pandemic response for the two islands, said on Monday (Oct 25) that nearly 20 million people were estimated to be travelling in these regions over the New Year's holidays, and that the government was keen not to “repeat past mistakes”.

“Despite having mandated PCR tests for flight passengers during the year-end holidays last year, infections still surged afterward as a result of increased mobility,” Luhut said in his weekly update on public activity restrictions.

He said President Joko “Jokowi” Widodo had instructed authorities to lower the price cap on PCR tests to make them more affordable for the general public.

“President Jokowi wants to lower the price cap to Rp 300,000. He will also allow passengers to take the test three days prior to their trip instead of two days, as required by prevailing regulations,” Luhut explained.

Many people previously criticised the government for mandating PCR tests for air travel passengers instead of allowing them to opt for rapid antigen tests, which are more affordable but also less accurate than PCR tests.

Critics saw the regulation as discriminatory due to the high price point of available PCR tests and because labs in remote areas still lacked the infrastructure to process the results in a timely manner.

Luhut said the mandatory PCR test regulation for flight passengers would be issued to “balance out” the recent easing of travel restrictions, with domestic airlines now allowed to operate almost at full capacity.

He underlined the importance of a cautious approach to relaxing Covid-19 curbs as well as stricter enforcement of protocols to contain further spikes in viral transmission.

“We have to take lessons from other countries that are currently recording a surge in infections despite their excellent vaccination coverage. It has happened because they eased their curbs too quickly,” Luhut said.

Bracing for another wave The government is on alert ahead of the year-end as the country's previous infection spikes usually occurred following a long holiday period when people travel and gather with their relatives.

Several weeks after last year's Christmas and New Year’s holidays, when some 10 million people travelled across the country, Covid-19 cases rose 122 per cent nationwide, marking the peak of Indonesia's first wave of infections.

The country saw its worst run of infections in July of this year, six weeks after millions of people participated in the annual mudik (exodus) to celebrate the Muslim holiday of Idul Fitri despite a prevailing travel ban.

The incidence of high mobility escalated the spread of the more contagious Delta variant of the coronavirus across the nation, with Covid-19 cases spiking 374 per cent.

The pandemic situation has vastly improved since July's devastating second wave passed, with recent cases dropping by around 98 per cent from the peak on July 15.

On Monday, Indonesia recorded 460 new cases, the lowest since May of last year. Fatalities have also dropped to their lowest in more than a year.

Despite the improvements, Luhut said 105 out of 514 regencies and cities around the country had begun to see an uptick in new cases over the past two weeks.

The trend occurred in line with increasing public mobility in a number of regions.

In Bali, for example, which recently reopened its borders to international travellers, public mobility has returned to around the same level recorded during last year’s Christmas holidays and is expected to rise further as foreign tourists start to return.

Health Minister Budi Gunadi Sadikin said preventing another wave of infections after the year-end holiday season was crucial as Indonesia would be playing host to a number of major international events next year, including high-level meetings under Indonesia’s Group of Twenty (G20) presidency to be held in Bali.

Aside from mandating PCR tests for travellers, Budi said, the government would continue to improve tracing and testing efforts and speed up the vaccine rollout to contain the spread of the coronavirus.

“We have managed to administer 2.3 million shots a day. We aim to roll out 270-300 million shots by December. We expect 80 per cent of the targeted population to have received their first dose and 59 per cent to be fully vaccinated by then," he said at the briefing.

As of Tuesday, some 55 per cent of the country's 208 million targeted population had received the first dose of a Covid-19 vaccine and around 33 per cent had been fully vaccinated, accounting for a combined total of 183.4 million shots. 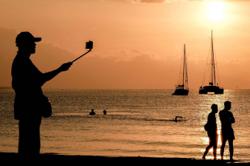 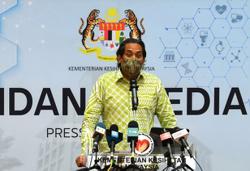