US President Joe Biden’s nominee for ambassador to China took a tough line toward the Asian giant at a confirmation hearing on Wednesday, citing its “genocide in Xinjiang” and the need to better support Taiwan and countries such as Australia and Lithuania subjected to “bullying” and “intimidation campaigns”.

Appearing before the Senate Foreign Relations Committee, career diplomat Nicholas Burns added that China has weaknesses that the United States can use to its advantage, including demographics and the growing global pushback over its behaviour.

“China is not an Olympian power ... They have enormous strengths. They have very few friends. They have no real allies,” said Burns, 65, contrasting that with Washington’s 29 allies and numerous treaty partners.

“We’re a strong country. We should be confident, for our values and our interests, and we can stand up to the Chinese. But our allies and partners can help to do that so that there’s real weight and leverage.”

Burns added, however, that he hoped the two powers could find common ground on climate change, global health and nuclear non-proliferation. He also underscored the importance of better direct communication so the US does not end up “being sleepwalkers into a conflict with China”.

“If confirmed, you’ll have a monumental task before you,” said New Jersey Democrat Bob Menendez, the committee chairman. “You’ll need to be clear eyed about Beijing’s intentions and actions, and play a key role in calibrating this administration’s still emerging policy strategy regarding China.”

The US cannot trust China given how Beijing has reneged on the “one nation, two systems” framework for Hong Kong, he said, adding that Washington has “enormous latitude” to deepen its security assistance to Taiwan.

“The administration and Congress together on a bipartisan basis should help Taiwan to maintain a self-defence capability,” Burns told senators, noting the incursions of 149 Chinese fighter jets into Taiwan’s air defence zone earlier this month. “Our responsibility is to make Taiwan a tough nut to crack, help it increase its asymmetric defences.”

But Burns, a former US ambassador to Nato and Greece, added that the best way to stave off conflict was still to adhere to long-standing Taiwan policy, including the one-China policy. 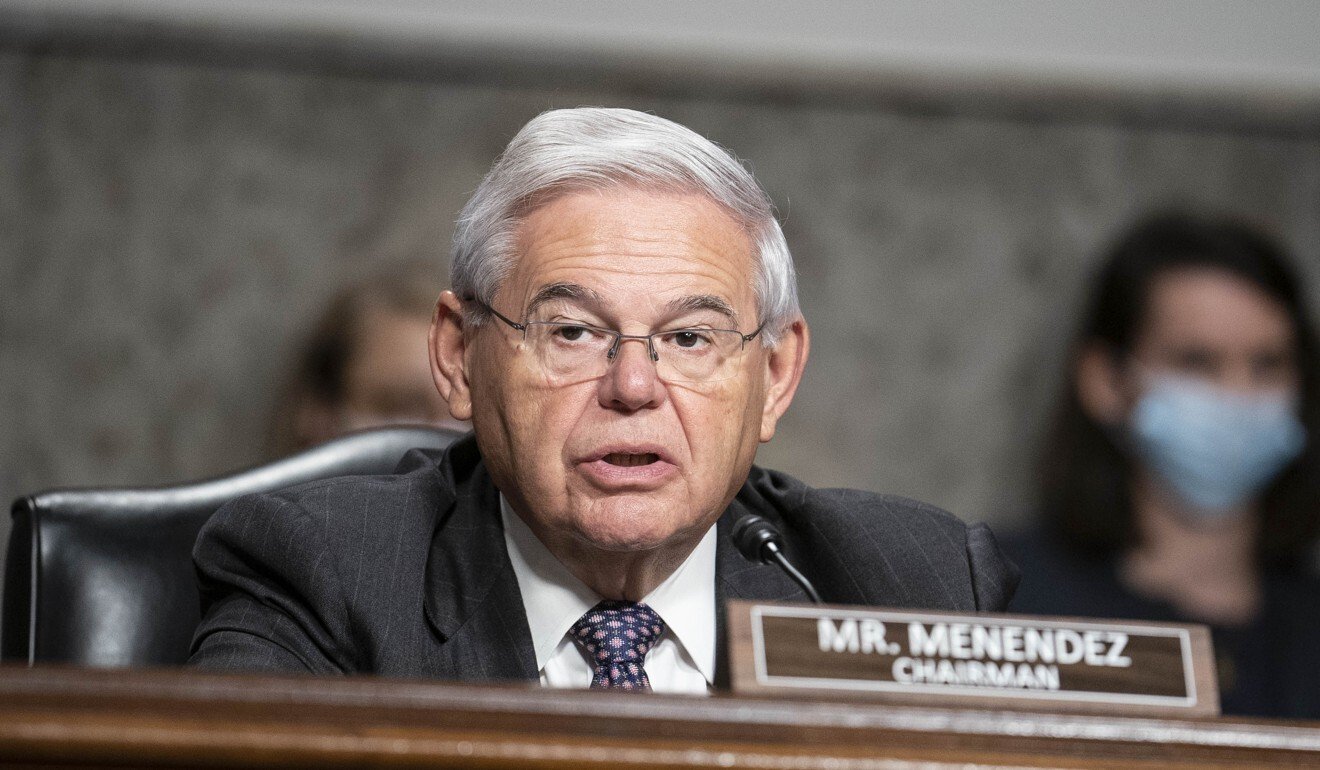 The hearing on Wednesday came amid a serious administration backlog in putting its ambassadors in place, partly blamed on delay tactics by Texas Republican Senator Ted Cruz.

Critics say the unfilled ranks have undercut Biden’s ability to shore up alliances, confront adversaries and further its global agenda.

Burns is not expected to face much opposition, with a vote seen as early as next week. The committee also held hearings Wednesday for former Obama administration chief of staff Rahm Emanuel to be ambassador to Japan and entrepreneur Jonathan Eric Kaplan for ambassador to Singapore.

The best strategy against an authoritarian China is to work more closely with allies and partners, said Burns, echoing a central part of administration policy. While Japan is “stiffening” and Australia is “rock solid”, a more divided Europe is moving in the right direction in better understanding the threats, he said.

These include alleged intellectual property theft, predatory pricing, state-directed trade and alleged human rights violations in Tibet, Hong Kong, Taiwan and Xinjiang. Up to 1 million Uygurs have reportedly been held in detention camps in far western China; Beijing has denied any human rights violations, claiming these are vocational training centres.

Burns said the administration’s 15 sanctions or executive orders to limit China’s global influence – despite its 275 embassies and consulates around the world compared with 273 for the US – were an effective approach.

Burns said pressuring China to adhere to its commitments under the phase one trade deal was the “first order of business on trade” with China.

In late September, the Peterson Institute for International Economics reported that China was on pace to fall about 30 per cent short of US goods it promised to buy in 2021.

Growing coordination between Beijing and Moscow is also a concern, added Burns, currently a professor at the Harvard Kennedy School, but that Russia should be wary given its sparse eastern population.

“There are three or 400 million Chinese living below them. Russians are going to have to worry, long term, about economic domination of Russia by China,” he said, as well as Beijing’s growing arsenal of nuclear weapons in western China and recent testing of a hypersonic missile.

“What I think has to bother all of us is the attitude of the Chinese government. They don‘t believe that they should be constrained in any way, shape or form by arms control,” said Burns, who served as undersecretary of state for political affairs from 2005 to 2008. “China’s the greatest threat to the security of our country. And the democratic world.”