HENAN: A village in Henan province has been celebrating after many of China’s leading archaeologists gathered there to mark the opening of a new venue.

Some locals in Yangshao village, Sanmenxia, are unaware of the area’s academic significance, but there was dancing and countless smiles as the Yangshao Village National Archaeological Ruins Park made its debut.

There are many reasons to celebrate and pay homage to the generations of archaeologists who over the past 100 years have devoted themselves to exploring the origins of Chinese civilisation with their trowels.

The site, which is more than 5,000 years old, was discovered a century ago, heralding the beginnings of modern Chinese archaeology.

Chen Xingcan, director of the Chinese Academy of Social Sciences’ Institute of Archaeology, said, “If the distribution of various prehistoric cultures in China can be compared to a flower with layers of petals, Yangshao was at the centre of the blossom.”

From October to December 1921, Swedish scholar Johan Gunnar Andersson, a geology consultant for the Chinese government, led the first round of excavations in Yangshao at 17 locations over 36 days.

A Neolithic culture best recognised for its painted pottery was unearthed, astonishing academics.

“Yangshao was thus the start of scientific research into the Neolithic period of China,” Chen said.

This period, which in China dates back between 4,000 and 10,000 years, has contributed many of the country’s biggest archaeological findings.

A list of the nation’s top 100 such discoveries in the past 100 years released on Monday contains 33 entries from the Neolithic period.

Nevertheless, before Andersson’s findings, people had little understanding of this time.

“Some people even thought that China had no Neolithic period,” Chen said.

“So, discovery of the Yangshao village site ended such thoughts and provided great inspiration for Chinese scholars, building their confidence.”

He said the nation’s archaeologists were encouraged to look into the country’s distant past beyond surviving historical documents discovered underground.

Several milestone findings were made nationwide in the 1920s, including the Yinxu ruins in Henan and the Zhoukoudian site in Beijing.

One discovery at the Xipo site in Lingbao, Henan, amazed archaeologists. Architectural ruins with surrounding corridors, covering 516sq m and including a 204sq m indoor space, were unearthed in 2002.

Wei Xingtao, a researcher at the Henan Provincial Institute of Cultural Heritage and Archaeology, said similar “big houses” covering more than 100sq m were also unearthed from September last year to June at Beiyangping, another site near Xipo.

“The new excavations have greatly enhanced our understanding of human settlement and evolution of the site. More importantly, our current research with new technologies is also honouring the centenary of Yangshao studies and the birth of modern archaeology in China,” said Wei Xingtao, a researcher at the Henan Provincial Institute of Cultural Heritage and Archaeology. — China Daily/ANN 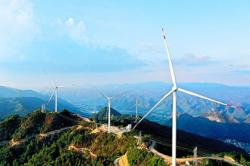