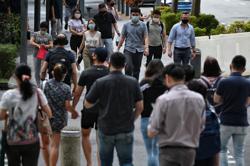 Twelve were men and four were women, the Ministry of Health (MOH) said on Thursday (Oct 21).

All except one vaccinated case had underlying medical conditions, MOH said in its daily update, without giving further details.

Thursday was the 32nd day in a row that deaths from Covid-19 were reported.

There were 3,439 new Covid-19 infections in total, MOH said, comprising 2,937 new cases in the community, 500 in migrant worker dormitories and two imported cases.

The total number of cases in Singapore now stands at 162,026.

Among the large clusters that are being closely monitored by the ministry, eight had new cases.

Bukit Batok Home for the Aged saw 17 new cases, bringing its total to 109. These include 107 residents and two staff members.

Three new cases were added to MWS Christalite Methodist Home in Marsiling, bringing the size of the cluster to 118. Of these, 105 are residents and 13 are staff members.

PCF Sparkletots preschool at Zhenghua in Segar Road added three new cases, bringing its total to 17. These include 11 students, five staff members and one household contact of a case.

Two new cases were each added to Banyan Home at Pelangi Village in Buangkok and Apex Harmony Lodge in Pasir Ris.

Awwa Community Home for Senior Citizens in Ang Mo Kio, Econ Medicare Centre and Nursing Home in Buangkok and Bo Tien Home for the Aged in Woodlands had one new case each.

As at Thursday, there were 17,617 patients in home recovery, 4,223 in community care facilities and 880 in Covid-19 treatment facilities.

There were 1,613 patients in hospital, with 346 patients requiring oxygen support and 61 in the intensive care unit.

So far, 84 per cent of the population has been fully vaccinated and 85 per cent has received at least one dose.

A total of 637,326 individuals have received their booster shots and another 98,000 have booked their appointments. 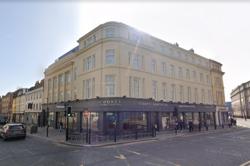 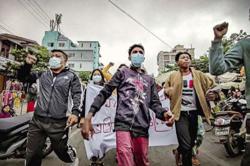