The Cambodian government has held a National Policy Dialogue to reconfirm its commitment to eliminating violence against children (VAC), according to a statement Xinhua received.

The online event held on Tuesday was hosted by the Ministry of Social Affairs, Veterans and Youth Rehabilitation (MoSVY) and supported by Unicef, Save the Children and Child Rights Coalition (CRC) Cambodia.

Also attending the event were members of the steering committee for the implementation of Cambodia’s Action Plan to Prevent and Respond to Violence Against Children, representing sectors including relevant ministries, institutions and sub-national administration, United Nations agencies, donors, international and local NGOs, the private sector and youth.

The dialogue reinforced a strong foundation for effective collaboration across sectors to address violence against children, according to a statement released after the meeting.

“The participation of children, adolescents and youth in the dialogue ensures that their voices are heard and reflected in the commitments made today,” the statement said.

During the dialogue, the Cambodian government noted: “Protection of children and adolescents from violence is necessary not only for their wellbeing and long-term development but also for national development.”

The statement also reaffirmed the government’s commitment to accelerating efforts to ban all forms of violence against children in Cambodia by strengthening child protection data and monitoring, enabling parents and caregivers to keep children safe, making the Internet safe for children and making schools safe, non-violent and inclusive.

“Amidst the advancement of globalisation and technology, developed and developing countries continue to face a lot of challenges in ending violence against children,” MoSVY’s permanent secretary of state Nim Thot said.

“Violence against children in any form has detrimental effects on child development, their social ethics, dignity and future human resource development and cannot be tolerated.”

The official said that to promote child protection and the children’s wellbeing, the Cambodian government had enacted a number of laws, policies, national action plans and relevant legal frameworks.

Foroogh Foyouzat, a Unicef representative in Cambodia, said Unicef acknowledged the Cambodian government’s significant efforts in strengthening systems to prevent and respond to VAC and its determination to further strengthen those systems.

“The Covid-19 pandemic has further highlighted the urgent need to accelerate actions to prevent and respond to violence against children, both offline and online,” she said.

“Unicef remains firmly committed to supporting the Royal Government of Cambodia’s steadfast and accelerated action in preventing VAC and to fulfil its commitments to end violence against children by 2030.” — Xinhua 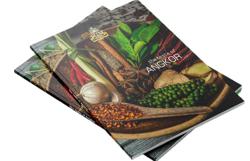