China is updating its nuclear weapons stockpile to keep up with the United States and ensure that it can maintain a minimum level of deterrence, Chinese observers said.

Responding to comments by US officials that China’s missile development was a serious concern, the analysts said China’s deterrence needs and strategy had evolved and were not the same as they were three decades ago.

But an American diplomat said the United States was itself responding to use of hypersonic missiles for military applications by China and Russia.

US State Department spokesman Ned Price said on Tuesday that China was deviating from its minimal nuclear deterrence strategy, with 250 ballistic missile launches between January and September and other moves such as its development of delivery systems.

“These developments underscore that [China], as we’ve said before, is deviating from its decades-long nuclear strategy based on minimum deterrence,” Price said.

In nuclear strategy, minimal deterrence means possessing no more nuclear weapons than are necessary to deter an adversary from attacking.

According to Chinese policy documents, China will “maintain nuclear power at the lowest level required for national security”.

The government has said that its nuclear stockpile has been kept at that level, and that it will not enter nuclear arms races, nor deploy nuclear weapons in other nations.

But Chinese defence and international relations experts said China had to keep its “minimal deterrence” in line with advancing US missile defence systems.

Shi Yinhong, an international relations expert at Renmin University, said China needed to be capable of overcoming the US missile defence systems deployed in the region.

“The minimal deterrence needed 30 years ago is different from what is needed today,” Shi said. “China has to respond to the deployment of US missile defence systems to maintain its minimal deterrence. The nuclear stockpile in China is still significantly lower than that in the US.”

The US has deployed many missile defence systems in the region, such as the Terminal High Altitude Area Defence system in South Korea, which triggered protests from Beijing.

The US comments followed a Financial Times report on Saturday that China had launched a nuclear-capable hypersonic missile in August. The Chinese foreign ministry denied it was a hypersonic missile test, calling it “a routine test of a space vehicle to verify the technology’s reusability”.

US ambassador to the Conference on Disarmament Robert Wood said Washington was concerned about the use of hypersonic missiles by China and Russia.

“But we have seen China and Russia pursuing very actively the use and militarisation of this technology, so we are just having to respond in kind. We just don’t know how we can defend against that technology; neither does China, neither does Russia.”

US concerns about China’s nuclear and missile capabilities had been escalating even before Beijing was reported to be able to deploy a hypersonic nuclear missile.

In its most recent report to lawmakers last year, the US Defence Department said China might have surpassed American military capabilities in missile development and was likely to double its stockpile of nuclear warheads over the next decade.

Wu Riqiang, a professor at Renmin University specialising in arms control, said the US should not be “surprised to see China and Russia taking measures against its missile defence system”.

“The US said repeatedly that it will not accept any limit on its missile defence system,” he said. “Naturally, China is worried about the future deployment of such a system and needs to make preparations ahead.”

Wu said one key obstacle to holding nuclear arms control talks between China and the US was that the US had not acknowledged mutual vulnerability with China.

The concept of mutual vulnerability was seen as preventing the US and the former Soviet Union from engaging in a nuclear war during the Cold War period, achieved by each admitting it was vulnerable to the other’s nuclear forces.

“If the US is really concerned with China’s nuclear development, then why did the US not admit vulnerability to China?” he said. “Only by admitting vulnerability can nuclear arms control negotiations be made possible.

“It is a fact that China’s nuclear power is increasing. It is because of the changed situation that there is a higher demand for a nuclear stockpile.” 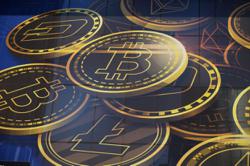 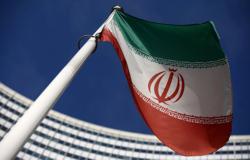