The launch ceremony of the Southbound Bond Connect was held in Hong Kong on Sept 24, 2021. - Xinhua

The nation took a significant step to further open up the capital account last week, permitting capital net outflows equivalent to as much as 500 billion yuan (US$77.4 billion) per year through the so-called Southbound Connect － the opposite direction of the northbound investment under the Bond Connect program that channels funds between the mainland and the HKSAR's bond markets.

That quota is relatively huge, already more than 50 per cent of the cumulative outstanding quota of the annual Qualified Domestic Institutional Investor programme, according to data from the central bank. The QDII programme is another setup for outbound investment.

The daily cap of capital net outflows through the Southbound Connect is equivalent to 20 billion yuan.

Some analysts even project that authorities will abolish both annual and daily quotas in the next three to five years, like what they did for the Stock Connect.

That means the programme will enable a rise of outbound flows denominated in foreign currencies, facilitating more balanced cross-border capital flows over time.

Under the current framework, outbound capital flows will be denominated in foreign currencies, according to Becky Liu, head of China Macro Strategy, Standard Chartered Bank.

In the near term, the launch of the programme is expected to reduce capital inflow pressure and ease the appreciation pressure on the Chinese yuan, Liu said.

"But unlike the Stock Connect, we expect Bond Connect － including both North Connect and South Connect － to stay an overall capital inflow program for China, given significant under allocation in RMB-denominated assets by global investors, while much smaller natural demand for foreign currency assets by Chinese institutions," Liu added.

On the first trading day － Friday － more than 40 institutional investors from the mainland and 11 HKSAR market-makers completed more than 150 bond transactions with a trading volume of about 4 billion yuan. The volume was larger than analysts expected, according to the People's Bank of China, the central bank.

The opening of southbound trading will support the overseas development strategies of enterprises from the mainland.

It also indicates the central government's strong support for HKSAR's status as an international financial centre, Pan Gongsheng, deputy governor of the PBOC, said at the opening ceremony on Friday.

The central bank will continually work with the Hong Kong Monetary Authority and infrastructure providers to improve the policy of the Southbound Connect, it said.

Li Bing, head of Asia-Pacific at Bloomberg, told China Daily the Southbound Bond Connect will be a gateway to new opportunities and has a sizeable impact on Hong Kong's bond market.

"We will likely to see an increase in cross-border capital flows and a more active secondary market," Li said.

Financial institutions, which are playing a role of market makers, are gearing up to become real liquidity providers with more onshore investors participating in the offshore bond market.

The improved liquidity will encourage more issuers to consider raising funds by issuing bonds in the HKSAR, thereby energizing the primary market, according to Li.

He also expects more onshore companies to look at issuing more dim sum bonds－a type of bond denominated in yuan, in the HKSAR. 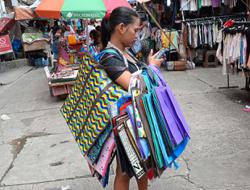