The former chairman of China’s biggest liquor company, Kweichow Moutai, was sentenced on Thursday to life in prison for taking bribes, Xinhua reported.

Yuan Renguo was sentenced by the Intermediate People’s Court in Guiyang, the capital of the southwestern province of Guizhou, for accepting cash and property worth more than 112.9 million yuan (US$17.48 million) to help others obtain Mao-tai baijiu dealerships when he was a senior member at the company between 1994 and 2018, the report said.

Kweichow Moutai is best-known for Mao-tai baijiu, a fiery drink of choice for Communist Party founders, including Mao Zedong and Zhou Enlai. Its revolutionary history made the spirit almost a symbol of wealth and power among political and business elites in China. Given its iconic status, the distribution rights for Moutai can cost as much as millions of yuan.

The court said Yuan was given a “light” sentence since he had confessed to his crimes and volunteered information not known to the prosecutors during the investigation.

Yuan, 65, became chairman of Moutai in 2011 but quietly resigned in 2018. He was under investigation in May the following year and was expelled from the party in the same month.

In an anti-corruption documentary aired on state television in January 2020 party investigators in Guizhou said Yuan’s wife and children had made more than 230 million yuan profit from illegally reselling Moutai since 2004.

After Yuan’s downfall, 180 people in the company faced disciplinary actions, and in 2019 the disciplinary watchdog voided 514 dealers’ Moutai resale right.

Wang Xiaoguang was jailed for 20 years and fined a record 174 million yuan for taking bribes, embezzling and insider trading in April. He had earned the nickname “the Mao-tai collector” for amassing thousands of bottles of Moutai and obtaining distribution rights for relatives who ran four retail shops in Guiyang. His wife reportedly poured away “hundreds” of expensive bottles of the spirit when she learned that anti-corruption investigators would soon search their home.

Wang Sanyun, was jailed for 12 years and fined 4 million yuan for accepting more than 66 million yuan in bribes in April 2019.

One day before Yuan’s sentencing, the Central Commission for Discipline Inspection (CCDI), the Communist Party’s top disciplinary organ, also announced Wang Like, 56, a former top law enforcement cadre in eastern Jiangsu province, was expelled from the party for “serious violations of the law and party discipline”, a euphemism for corruption.

Wang Like spent most of his political career in the police force in northeastern Liaoning province. He was transferred to Jiangsu in 2013 and promoted to party chief of Jiangsu’s Political and Legal Commission.

The CCDI used harsh language in announcing Wang’s expulsion, saying the former policeman “has never really had any ideals or conviction, was never loyal to the party and had no political discipline”.

The disciplinary watchdog also accused Wang Like of colluding with criminal gangs and offering them protection over extended periods of time.

Li Xuezheng, who directed the popular anti-corruption drama In the Name of the People, on Thursday accused Wang Like of trying to block the screening and maligning the anti-corruption drama after Wang felt one of the main antagonists who tried to stop investigators was a reference to him.

First aired in 2017, the series plot revolves around a prosecutor‘s efforts to unearth corruption in the law enforcement system of a fictional Chinese city. It became an instant hit in China, revealing the rare details about past high-profile corruption cases in Xi’s anti-corruption campaign.

“Now I really feel the dirty acts of the fictional characters Gao Yuliang and Qi Tongwei who are the main antagonists in the drama vividly depicted Wang in real life”, Li said on his personal Weibo. “No wonder that he tried so hard to obstruct and destroy the normal broadcast of In the Name of the People at all costs.” 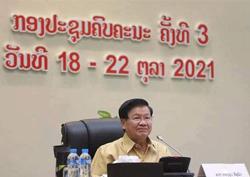 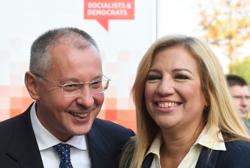