Since China approved its first two Covid-19 vaccines for emergency use slightly over a year ago, it has quickly scaled up its production to become the world’s largest exporter of vaccine doses against the disease.

In addition to fully vaccinating more than 1 billion of its people, China has exported over a billion vaccine doses – and estimates that its total exports of vaccines could reach 2 billion doses this year.

But the country’s rise to become a major player in the Covid-19 vaccine market is not without controversy – mainly because of a perceived lack of transparency and the way data from the late-stage trials was released.

The use of traditional technology to make whole inactivated virus vaccines (WIV) gave China an edge in terms of design speed. The jabs have been instrumental in reducing death and serious cases but they are less effective than those using advanced platforms such as the mRNA and protein subunit vaccines.

As more choices have become available in recent months, some developing countries have turned to other suppliers over concerns about the effectiveness of the Chinese jabs against the Delta variants.

Experts said China’s role as the top vaccine provider to developing countries would remain unchanged in the foreseeable future but its endeavour to become a major vaccines player using more advanced technologies such as the mRNA platform would depend on how it tests new candidates and verifies the data.

China’s vaccines were much sought after in the first half of this year, as Western countries focused on their domestic needs in what the World Health Organization (WHO) slammed as vaccine nationalism.

But in recent months, some major buyers of China’s inactivated vaccines – among them Sinopharm customers the United Arab Emirates and Bahrain – have begun using alternatives as boosters, concerned over the effectiveness of the Chinese jabs against the highly transmissible Delta variant.

Thailand is mixing Sinovac doses with AstraZeneca jabs. South Africa has reportedly turned down 2.5 million Sinovac doses distributed by the Covax Facility, while Nigeria has deemed its 8 million Sinopharm doses, also from the UN-backed equitable access programme, only as “potential” jabs.

However, while the world’s supply gap remains, China’s inactivated vaccines will continue to be the major source of Covid-19 vaccines for developing countries, experts said.

“Given the current supply shortfall, the billions of doses of WIV from Sinopharm, Sinovac and Bharat [Biotech of India], when approved by the WHO, will be very important in the first round of vaccination globally,” said Jerome Kim, director general of the International Vaccine Institute.

“Over the midterm, the next six to nine critical months, where we have 11 billion doses to go, can we do it without inactivated vaccines? Now we need to vaccinate 8 billion – we may very well need every vaccine we can get that is WHO emergency use licensing [approved], particularly ones that can be kept stable at achievable temperatures for extended periods.”

Despite their lagging efficacy rates, China’s inactivated vaccines and the vectored vaccines developed by Oxford University are important to developing countries, many of which lack the infrastructure for mRNA vaccines, which must be stored at minus 20 to minus 70 degrees Celsius (minus 4 to minus 94 Fahrenheit).

Huang Yanzhong, director of the Centre for Global Health Studies at Seton Hall University in New Jersey, said Chinese vaccines would continue to be in high demand, especially if the decision by some Western countries to give boosters to their populations strained the availability of mRNA vaccines.

So far, one-third of the world’s population has been fully vaccinated, but that falls to less than 1 per cent of people in low-income countries.

China has also been fast in getting its vaccines to other countries.

“In terms of delivery, that might become an issue in Southeast Asia. I notice some countries continue to use the Chinese vaccines in part because the United States is slow in delivering vaccines,” Huang said.

He said a spike of cases caused by the Delta variant had also made countries more eager to take whatever vaccines they could get, including the Chinese vaccines.

China has been putting more emphasis on bilateral sales, especially to its strategic neighbours in Southeast Asian countries, with donations making up a relatively small part of its total vaccine exports. According to Beijing-based Bridge Consulting, China had sold 1.24 billion doses to overseas markets, up to September, compared to 66 million donated vaccines. China has promised to donate 100 million doses to the Covax Facility by the end of the year.

Kate O’Brien, director of the WHO’s department of immunisation, vaccines and biologicals, said last week there had been delays in supplies of the Chinese jabs to Covax, but China was not alone in experiencing problems.

“There have been issues also in China with the delivery of doses out of the country because of air freight and other issues,” she said. Without naming specific countries, O’Brien urged donors to be transparent about their production and shipment timelines, and whether Covax was being prioritised.

“There really isn’t anybody who has a full sight line on that, that there has not been adequate transparency around exactly what’s happening on a monthly basis, where the doses are going, and is Covax actually being prioritised or other contracts,” she said.

“The whole inactivated virus will continue to be important. What we do not know is how quickly, cheaply, and in what volume the protein vaccines will be available and whether additional changes in the storage parameters of RNA vaccines will occur,” Kim said.

John Moore, professor of microbiology and immunology at Weill Cornell Medical College in New York, said protein vaccines could be useful for developing countries because they can be shipped at 4 degrees, bypassing the need for special cold storage facilities.

“The [protein-based] Novavax vaccine has proven very effective in American and British phase 3 trials. So it might be approved by the end of the year ... A protein vaccine in clinical trials would probably do just as well, but it’s further behind [than mRNA vaccines],” he said. “So they would probably both be useful globally, if they can overcome production issues.”

At a trade fair earlier this month, Sinopharm displayed four of its second-generation vaccines, including a candidate using the advanced mRNA technology, which is still under research. Along with its mRNA candidate is a broad-spectrum recombinant protein vaccine, meant for a range of variants, and inactivated vaccines targeting the Delta and Beta variants.

An mRNA vaccine developed jointly by the Academy of Military Medical Sciences, Suzhou Abogen Biosciences, and Walvax Biotechnology is expected to go into mass production next month. The companies are expecting efficacy data by the end of the year.

China has already given emergency use approval for its first protein vaccine, developed by Chongqing Zhifei Biological Products, which said it had an efficacy of over 81 per cent in late-stage clinical trials, but gave no details about the data.

Huang said some low-income countries might have concerns about using the Zhifei vaccine as it required three doses.

Experts said China would have to find a way to obtain data about the efficacy of its vaccines, as holding large-scale clinical trials was becoming increasingly difficult.

Moore said trials for all latecomers, not just in China, had been slow because it was not ethical to give volunteers in a clinical trial placebos and deny them the chance to receive a vaccine while the pandemic was raging.

“But even if China wants to conduct overseas trials, it is not easy to find a place right now ... You have to find the place where the government is willing to allow you to do a phase 3 trial, which, again, is not likely to be placebo-controlled because of the ethics. And you have to have a high infection rate.”

Apart from the two technologies, China is also exploring the use of different vaccines as boosters for its inactivated versions. One example is a trial to use Sinovac and a DNA vaccine developed by US firm Inovio. Last month, India approved a DNA vaccine developed by Zydus Cadila, but the prospects for the technology remain unclear as DNA vaccines have previously proven effective only for animals and not for humans.

“[Inovio] has not looked good in clinical trials. It’s still around, it’s not licensed in America ... But it didn’t look very good,” Moore said.

Inovio started developing its Covid-19 DNA vaccine, INO-4800, last year but the US Food and Drug Administration put the phase 3 portion of its clinical trials on hold and requested more information on the vaccine delivery device. The US government also pulled funding for the late-stage part study because there are other vaccines available in the country.

Phase 3 trials for the Inovio jabs will now be held in Brazil.

With all the different projects in the pipeline, Kim said it was important for Chinese pharmaceutical companies to learn the lessons of its first-generation vaccines and be more transparent with their results.

“The development of additional vaccine types in China is important, but it is also important for the Chinese companies to be more transparent, to make data ... available quickly, or in preprint form, to inform key opinion leaders in advance, to follow the more standard approach to revealing the results of interim analyses, etc,” he said.

Kim said high quality data would help Chinese vaccines gain a good reputation. “In a sense this is no different from the perceptions of poor quality in Chinese electronic products that have given way to articles on Xiaomi referring to it as the ‘next Samsung’ or the ‘next Apple’,” he said. 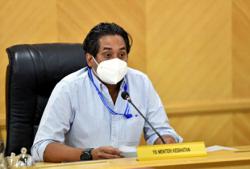