Schools have autonomy to decide start times for students 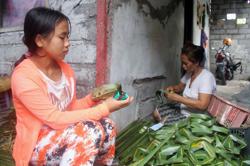 WHILE schools have the flexibility to start later so that students get enough sleep, parents must also play their part to cultivate good sleep habits, said Minister of State for Education Sun Xueling.

She was responding yesterday to Workers’ Party MP Jamus Lim (Sengkang GRC) and Cheng Li Hui (Tampines GRC), who had asked if there were plans to re-evaluate school start times.

At present, schools do not start earlier than 7.30am.

But Sun said they have the autonomy to start later, taking into consideration factors such as parents’ feedback, school end times, transport arrangements and the traffic situation around the school.

“Apart from whether school start times should be delayed, we’ll need to work with parents to improve sleep hygiene and manage the overall load on students, as well as their use of digital devices,” she said.Assoc Prof Jamus Lim asked if the Education Ministry could consider staggering start times for secondary school students.

He cited a Straits Times article by three sleep scientists, which found that students in this age group experience changes that delay their preferred sleep times, and could most benefit from a later start at school.Sun noted that delaying school start times may not translate to an increase in sleep duration, citing a 2016 study involving a local school which found that a 45-minute delay in school start time resulted in a 10-minute increase in sleep time. — The Straits Times/ANN 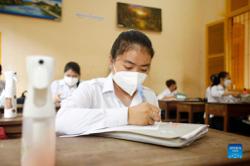