BANGKOK (The Nation/ANN): The majority of Japanese investors -- more than 60 per cent -- have confidence to invest in Thailand, a survey Japanese joint venture companies in Thailand by the Japan Foreign Trade Organisation (Jetro) showed.

The result was revealed by Weris Amrapal (pic), Governor of the Industrial Estate Authority of Thailand (IEAT).

Weris said that due to the Covid-19 outbreak affecting international shipments, there is a possibility of more parts from Thai manufacturers being used.

"It is an opportunity for manufacturers in the industrial estate because they have the ability to produce in a variety of industries. If such issues become clearer, the IEAT will help entrepreneurs have the opportunity to discuss to create further business opportunities," he said.

Jetro also revealed that Japanese investors are interested in the policy to promote investment in the bioeconomy, or BCG economy, with more than half of the respondents saying that they are still interested in benefits related to BCG, especially in green energy issues such as electricity or steam from renewable energy, energy-saving products such as energy-saving parts in cars and energy-saving appliances, etc, including the issues and treatment or disposal of industrial waste as well.

Japanese are the biggest investors in industrial estates in Thailand, accounting for 37.36 per cent, followed by investors from China 8.16 per cent, USA 6.79 per cent, Singapore 6.78 per cent and Taiwan 4.11 per cent. - The Nation/Asia News Network 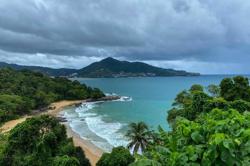