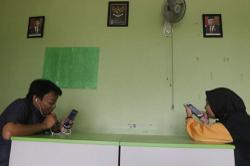 JAKARTA, July 31 (Jakarta Post/ANN): As more and more regions face strict mobility restrictions to contain the Covid-19 transmission, many teachers in remote regions are reluctant to return to online learning simply because their schools and students do not have the facilities to do so.

The government’s multi-tier mobility restrictions (PPKM), extended until Aug. 2 on Monday, have ordered school closures in regencies and cities implementing level 3 and 4 curbs.

These are regions that have reported more than 50 confirmed Covid-19 cases per 100,000 people per week.

The list of such regions grew from 137 regions across Indonesia when the PPKM was first extended to beyond Java and Bali on July 12, to 449 regions this week.

In the meantime, schools in the remaining 65 regencies and cities that have imposed the less stringent level 2 restrictions, regions with fewer than 50 confirmed cases per 100,000 people per week, are allowed to welcome students back into classrooms at 50 per cent capacity.

No regions fall into categories below this level.

Muhaimin, principal of Islamic school Nurul Mukhtar in Bima, West Nusa Tenggara (NTB), said he was disappointed by the fact that in-person learning has once again been postponed indefinitely after the regency was put on the level 3 list for the first time on Monday.

After six months of in-person learning toward the end of the previous school year, Muhaimin said he was now hesitant to transition the school back to the more challenging online learning.

Not all teachers and parents in his school were tech-savvy and ready to provide remote lessons or assist their children with online schooling.

“The plan was to go back to school [in July when the new academic year started]; we [teachers and students] all felt happy. But then COVID-19 [cases] spiked again,” Muhaimin said on Monday.

Bima had initially shown promising signs of controlling the outbreak right before the second wave of infections, recording only 190 new cases from January to June 1, according to the NTB administration. But cases have since soared, with 500 new cases reported in less than two months.

Muhaimin now hopes that the Bima administration can provide him with more clarity on the situation at his school, saying he has not received instructions on how long the school will need to stay closed.

But concerns are growing among educators that even when schools are ready to reopen, local administrations’ decisions on the duration of school opening are likely to follow the central government's PPKM routine, which generally expires every week.

This means that schools might have to switch back and forth between online and in-class learning from one week to the next.

“The problem we find is that policy has not been well explained to the public, parents or teachers,” National Education and Teachers Association (P2G) national coordinator Satriwan Salim said.

The association, he said, found numerous schools nationwide had failed to meet the requirements because of a lack of resources, despite already conducting classroom sessions.

With the teacher inoculation program still lagging, questions remain among educators about whether or not schools are actually safe to reopen.

Satriwan said the government should take a more commanding approach to ensuring the safety of students.

“Schools would just follow the local education agencies. If they were to stop [unqualified] schools from reopening, the schools would follow. But what happens is the agencies are neglectful,” Satriwan said. - Jakarta Post/ANN 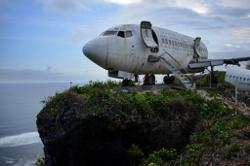