Going nowhere: Tuk-tuks and taxis (below) sitting idle in a parking lot in Bangkok as drivers remain out of work due to the economic hardship of Covid-19 and more than a year of no incoming foreign tourism. — AFP

TUK-TUKS and garishly coloured taxis that once weaved through chaotic Bangkok traffic are sitting idle as a fresh coronavirus surge scuttles hopes of relief for Thailand’s tourism-dependent economy.

The kingdom is currently undergoing its worst-ever stretch of the pandemic after largely keeping Covid-19 contained when the illness first emerged last year.

Bangkok is subject to a night-time curfew and a ban on gatherings as authorities advise residents of the capital to stay home.

“Tourists, people going to work, shopping, hanging out with friends – these are our customers but they’ve all vanished,” said taxi driver Anuchit Surasit.

The 47-year-old had just dropped off his vehicle at a garage in western Bangkok, parking it among hundreds of other cabs on forced sabbatical.

While he loves being a cabbie, Anuchit said he has watched his income drop to just 300 baht (RM38) a day.

He is also weighing the added risk of catching the highly contagious Delta variant of the virus that is now sweeping through the country its Southeast Asian neighbours.

“I need to stop driving for now and find something else to do because this occupation is too risky at the moment,” he said. 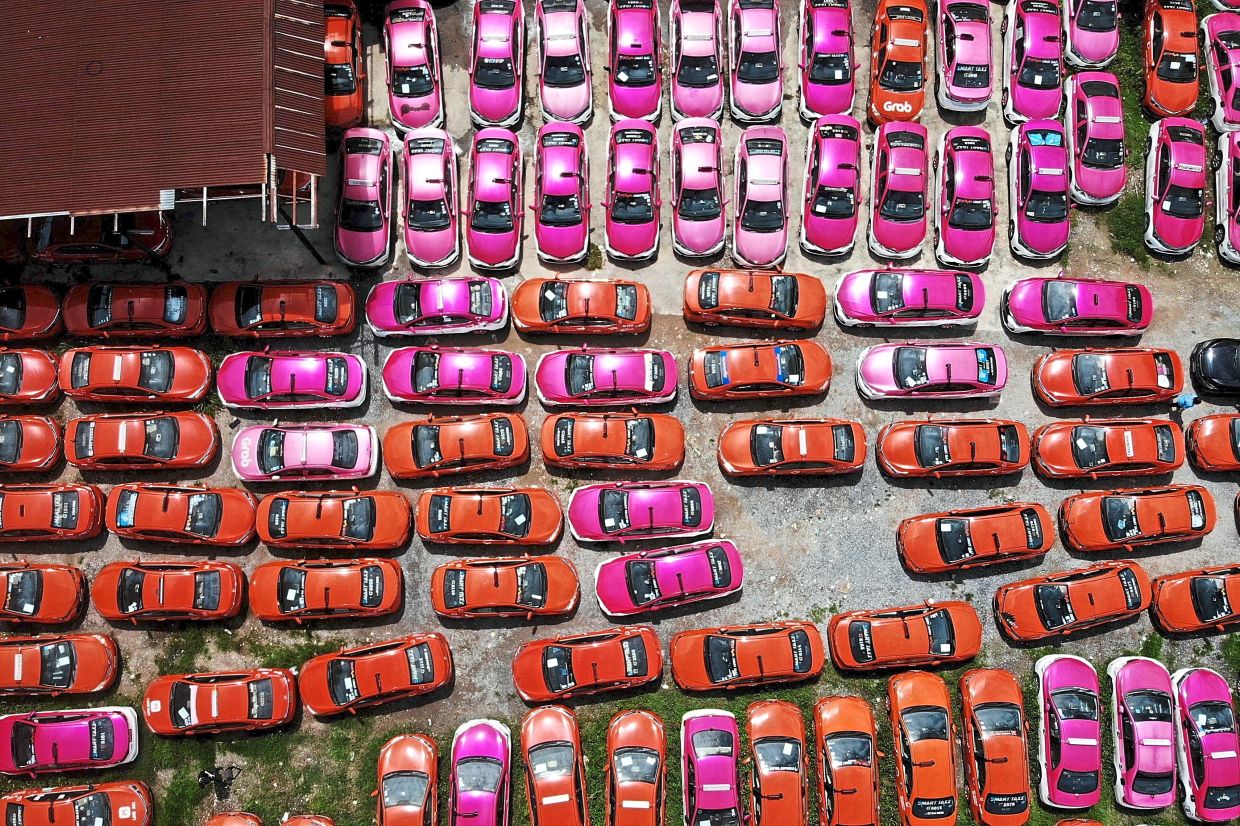 Tourism accounts for a fifth of Thailand’s economy, which is suffering its worst crash since the 1997 Asian financial crisis.

The kingdom has seen a bare fraction of the 40 million tourists forecast to visit last year, before the pandemic began.

Around 100,000 people working in Thailand’s transport sector are now unemployed and more than half of metropolitan Bangkok’s taxi fleet is off the road, Thai Transportation Operators Association president Wasuchet Sophonsathien said.

Tuk-tuk motor-taxis – once a ubiquitous sight around Bangkok’s historic neighbourhoods and a favourite transport mode of foreign travellers – have meanwhile largely disappeared from roads.

“I feel hopeless but I still have to fight for the survival of my family,” said 57-year-old driver Somsak Boontook.

The government has faced an avalanche of criticism for its management of the pandemic and the slow rollout of vaccines.

It last week approved US$920mil (RM3.8bil) in funding to aid Bangkok businesses, including those in the transport industry.

But more needs to be done, said Wichai Supattranon, who started a transport business with his mother four decades ago and now owns a fleet of 60 furloughed tuk-tuks.

“The only solution I can see now is for the government to move forward and reopen the country as soon as possible,” he said. — AFP