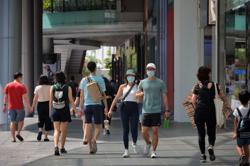 SINGAPORE (The Straits Times/ANN): There were 22 confirmed cases of the coronavirus as at noon on Wednesday (June 23), taking Singapore's total to 62, 470, said the Ministry of Health (MOH).

Of these cases, 13 are in the community and nine are imported.

The 13 community cases include three unlinked cases. The remaining 10 are linked to existing cases.

Of the linked cases, eight were already quarantined, while the other two were detected through surveillance.

Four of the nine imported cases are returning Singaporeans or permanent residents. All have already been placed on stay-home notices or isolated upon arrival in Singapore.

No new cases were reported in the migrant worker dormitories.

As at Tuesday noon, 142 patients were hospitalised, including two in critical condition in the intensive care unit, while 173 were recuperating in community facilities.

In Singapore, 35 people have died from Covid-19 complications, while 15 who tested positive have died of other causes. - The Straits Times/Asia News Network 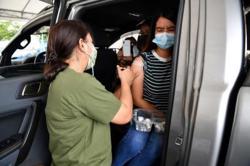