Ministry getting ready to reopen 10 cities 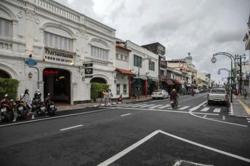 THE Transport Ministry is getting ready for the reopening of tourist cities in 10 provinces to foreign tourists in the third and fourth quarters of the year.

“Ten cities that are tourist destinations are scheduled to reopen to overseas visitors in the second half of the year, starting with Phuket on July 1, under the Phuket Sandbox scheme,” he said.

Under the sandbox scheme, foreign tourists who can verify they have been inoculated against Covid-19 and test negative can fly into Phuket and move around freely in the province without having to quarantine.

After staying in Phuket for 14 days and testing negative, the tourists can then travel to other provinces in Thailand.

“I have instructed these agencies to follow the checklist for disease control readiness as suggested by the Ministry of Public Health to ensure that foreign visitors are safe during their stay in Thailand.

“Most importantly, agencies are instructed to prioritise vaccinating 100% of the frontline officials against Covid-19 to ensure their safety,” added Saksayam.

“The ministry is considering performing immunity tests after two vaccine doses have been administered to determine if the staff need an extra jab.” — The Nation/ANN 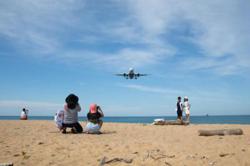