US President Joe Biden said on Wednesday that he and his Russian counterpart Vladimir Putin agreed to establish a dialogue to lower the risk of military conflict and form a task force to investigate cyberattacks that have temporarily crippled energy and health care systems in the US, as both sought to ease tensions between the two countries.

“I‘m pleased that [Putin] agreed today to launch a bilateral strategic stability dialogue – diplomatic-speak for saying get our military experts and our diplomats together to work on a mechanism that can lead to control of new and dangerous and sophisticated weapons that are coming on the scene now, that reduce the times of response, that raise the prospects of accidental war,” Biden said in his news conference after the meeting.

In a dialogue that Biden described as “good, positive” and absent of “any strident action”, he said they agreed that the cybersecurity task force would aim to identify specific critical infrastructure assets, including public energy and water assets, that must be “off limits” to cyberhackers.

The talks, which included US Secretary of State Antony Blinken and Russian Foreign Minister Sergey Lavrov, lasted for three hours, including one break. They were expected to last four hours or more, but two of three sessions were combined into one and a break was cut from the agenda.

The summit, held at an 18th-century Swiss villa in a park overlooking Lake Geneva, was the final act in Biden’s first overseas trip as president, during which he shored up consensus within the European Union, the G7 and Nato that Russia and China present threats to each of these multilateral groups.

Both countries, Biden said just a day before his meeting with Putin, were “trying to drive a wedge in our transatlantic solidarity”, while he called Nato’s Article 5 – which obligates each member nation to come to the defence of any other member that is attacked militarily – “sacred”.

Speaking at his own news conference after their meeting, Putin described the tone of the talks with Biden as “constructive” and said that the two sides agreed to return their ambassadors to their posts in a bid to lower tensions, according to Associated Press. 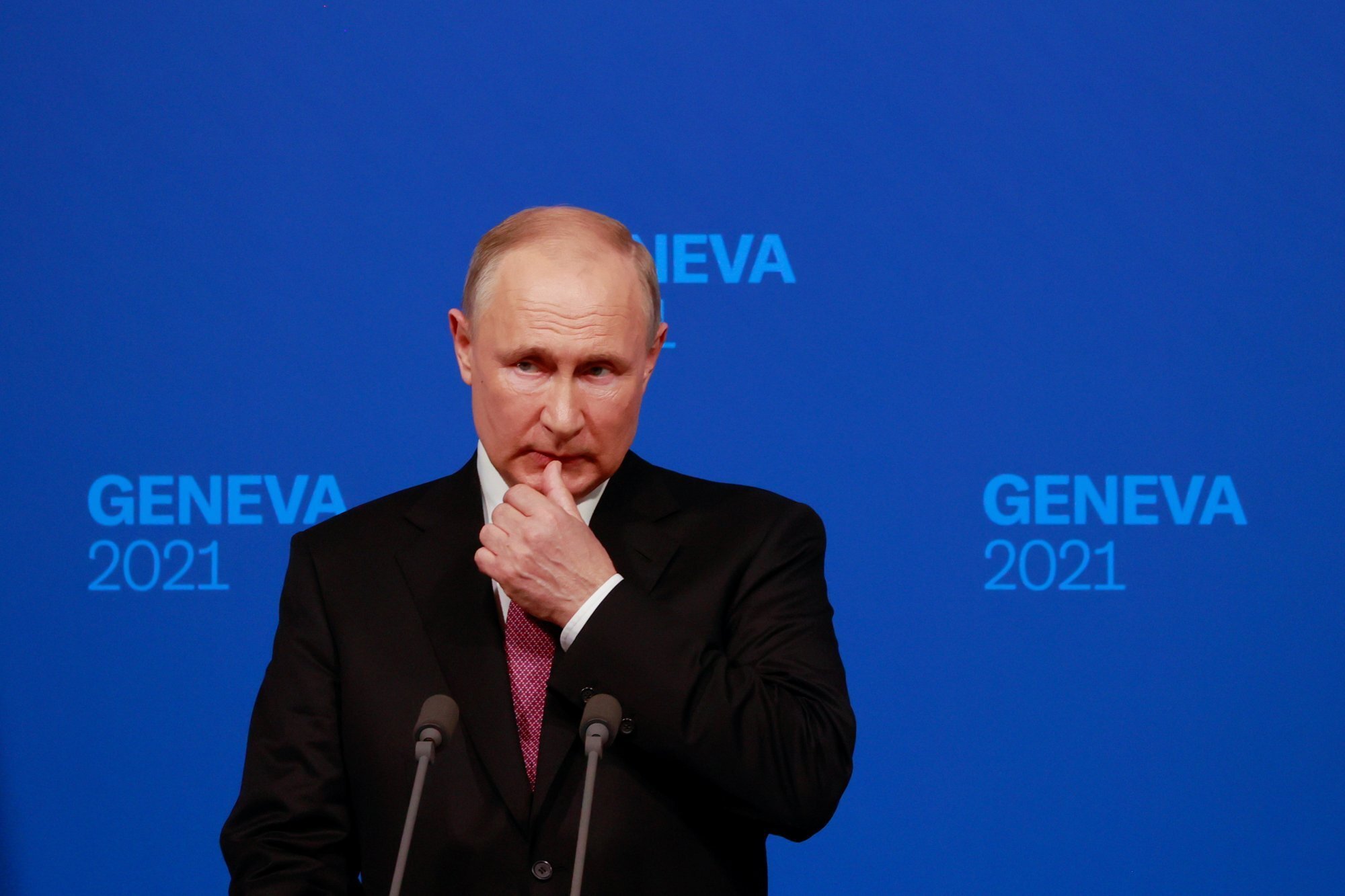 Russia’s ambassador to the US, Anatoly Antonov, was recalled from Washington in March after Biden said in an ABC interview that he thought Putin was a killer who would “pay a price” for alleged US election interference.

The US ambassador to Russia, John Sullivan, left Moscow a month later after Russia “recommended” that he return to the US.

However, in what may be an indication that the description of the leaders’ talk as positive and constructive may be fleeting, Putin may not have been as receptive to cooperation as Biden suggested.

According to The New York Times, Putin denied that Russia has played any role in cyberattacks against America and called the US the biggest offender.

The Russian leader also suggested that he was not interested in establishing “guardrails” about what kinds of attacks on critical infrastructure are off limits in peacetime.

Biden refused to suggest how Washington might react to another cyberattack against the US that intelligence officials determine to have originated in Russia, saying only that “we have significant cyber capability and [Putin] knows it”.

“He doesn’t know exactly what it is, but it’s significant,” Biden said. Chris Miller, an associate professor of international history at Tufts University’s Fletcher School of Law and Diplomacy, said it will not be known for months whether Biden’s efforts to reduce conflict with Moscow has any impact.

“The Biden administration wasn’t expecting any sort of concrete deliverables to come out of the summit. They didn’t get any. But that was per expectations,” he said.

Miller noted that defence officials from both sides have had a “pretty effective line of communication operating on a regular basis”, particularly in Syria, where both militaries are operating.

‘One cold dude’: US presidents on Vladimir Putin

Thus, he said, Biden is trying “to deconflict on a broader strategic level”, which is “a much more ambitious, but also much more difficult to accomplish, aim”.

“The Russians were always happy to have consultations with the US, and so I think the assessment of success is going to come down the road when we see how these conversations actually produced anything of value,” Miller added.

Underscoring that lack of expectations, cold expressions held by the two leaders during their pre-summit photo and confrontations between US media and Russian security officers set the scene ahead of the talks. 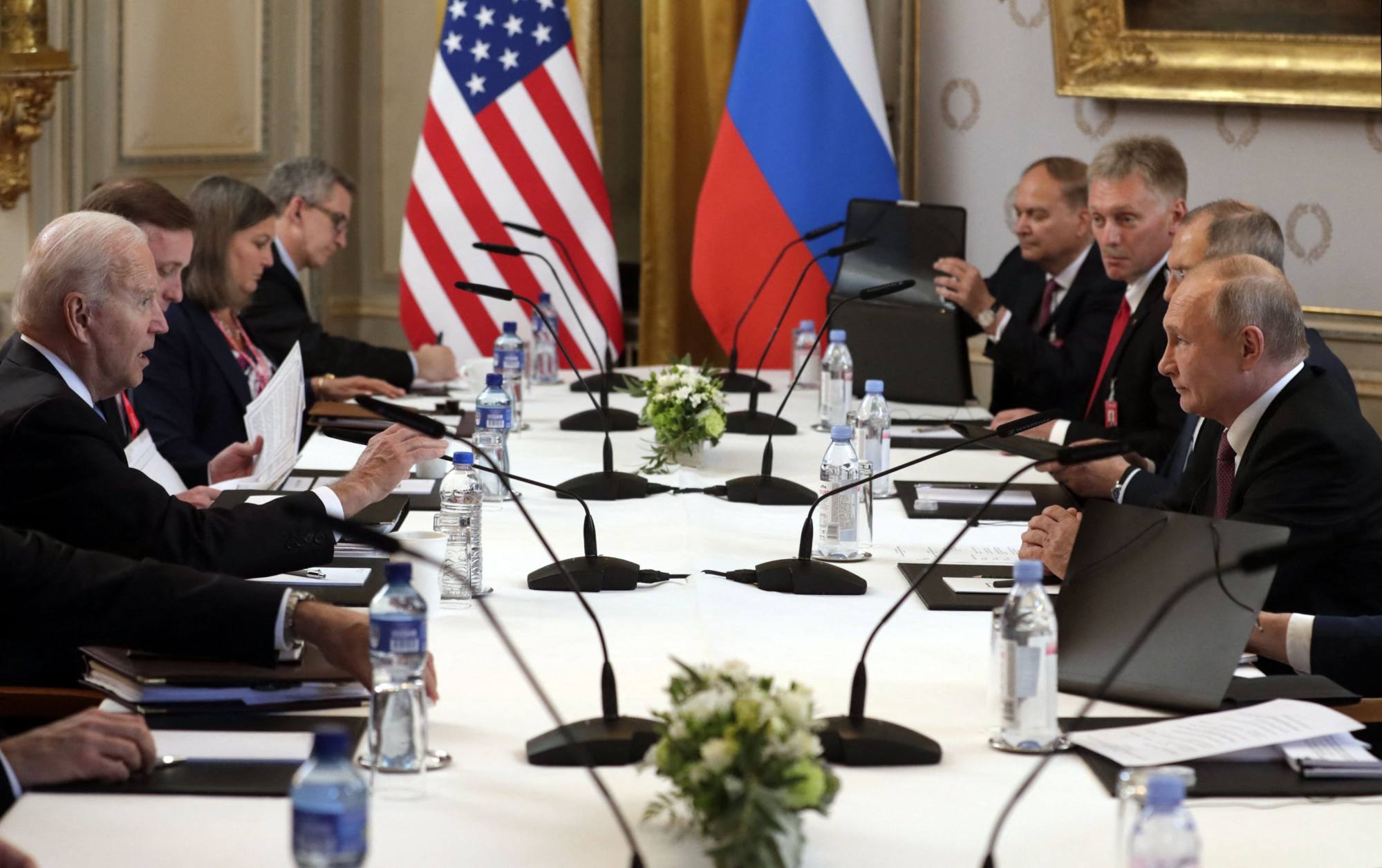 Politico reported that “the throng of press covering the summit quickly devolved into a chaotic scene, with Russian security shoving members of the media while reporters and White House officials screamed at Putin’s forces for their treatment of the journalists”.

RIA Novosti, a Russian state-owned media outlet “blamed the scuffle on its US counterparts, falsely reporting that ‘American journalists staged a stampede’”, according to Politico, which also said that there would be “no breaking of bread” by the two leaders.

However, the stakes for Biden going into the summit were much higher than the lack of dinner table conviviality or the treatment of journalists.

Trump hid his calls with Putin. Now, Biden has access to them

FBI Director Christopher Wray told The Wall Street Journal last week that his agency is investigating approximately 100 different types of ransomware, many of which are connected to actors in Russia.

Biden’s stops in Britain and Brussels ahead of Wednesday’s meeting were meant to assemble a coordinated strategy with the EU, Nato and the G7 to counter these attacks.

“There are many efforts that we’ll need” to protect American data and critical systems from cyberattacks by Russia and China, Anne Neuberger, Biden’s deputy national security adviser for cyber and emerging technology, said in a Council on Foreign Relations discussion in April.

Asked how Washington’s overall objective of shoring up transatlantic solidarity against China figured into Wednesday’s summit, Miller said that Biden had no expectations of bringing Moscow into this framework.

Rather, he said, the US leader only seeks to reduce the number and extent of conflicts he must manage.