Local residents line up, waiting for the coronavirus testing at a market in Bangkok, Thailand, Friday, June 11, 2021. - AP

BANGKOK, June 11 (Xinhua): Thailand recorded 2, 290 new Covid-19 infections on Friday, the lowest increase within 10 days, bringing its total cases to 189, 828, according to the Centre for the Covid-19 Situation Administration (CCSA).

The new cases included 30 imported and 2, 260 locally transmitted infections, of which 294 were detected in prisons, CCSA data showed.

Another 27 new fatalities were reported, taking the national death toll to 1, 402.

The government's vaccination plan focuses on provinces with the highest infection rates among the population, and commits to adjust the distribution of vaccines based on changing situations, the CCSA said.

As of Thursday, national inoculation in Thailand has reached 5.66 million doses, according to the official data.

The Public Health Ministry on Friday highlighted Samet Island in Rayong province as a positive example, claiming that the target group there has achieved a vaccination rate of 100 percent and thereby will boost confidence for tourists traveling to this island.

The government announced it intends to acquire additional 150 million vaccine doses from manufacturers such as Sinovac, AstraZenaca, Pfizer, Moderna and others during the third quarter of this year. 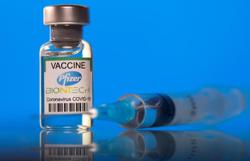 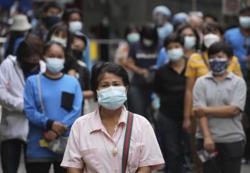