BEIJING (The Straits Times/ANN): The Chinese government said on Thursday (June 10) that the United States' move to withdraw executive orders aimed at banning apps such as TikTok and WeChat was a "positive step" amid strained ties between the world's two largest economies.

"We hope that the US will treat Chinese companies fairly and avoid politicising economic and trade issues," Ministry of Commerce spokesman Gao Feng said at a regular press briefing.

Foreign ministry spokesman Wang Wenbin said at another press briefing that "China has always urged the US to respect the principles of market economy and international trade rules".

The concept of national security should also not be generalised, nor should state power be used to suppress Chinese tech firms, he added.

On Wednesday, US President Joe Biden withdrew a series of executive orders by former president Donald Trump that sought to ban new downloads of apps such as WeChat and TikTok, owned by Chinese companies Tencent and ByteDance.

He also ordered the Commerce Department to review security concerns posed by such apps and others.

The department also has to make recommendations within 120 days to protect US data acquired or accessible by companies controlled by foreign adversaries.

Analysts told The Straits Times that Biden's decision to withdraw his predecessor's executive orders is a sign of a more calibrated approach, given that Trump's orders never took effect because they were blocked by the courts.

The reviews are also a way for the US to hold a bargaining chip in its negotiations with China, they added.

But analysts disagreed over the significance of Biden's move in thawing the frosty ties between US and China.

Associate Professor Lawrence Loh at the National University of Singapore Business School said that Biden's orders reflected an approach that was "more rational" and "better based on evidence".

"It is a key signal and even a momentous relief for China and Chinese tech in the US," Prof Loh added.

Dr Pan Zhengqi, senior lecturer at the Singapore University of Social Sciences' School of Business, said that Biden's withdrawal of the Trump-era's orders "does not alter the intensity of US-China rivalry".

"It merely changes the strategies of engagement, especially with the new industrial policy Bill," Dr Pan added, referring to a US$250 billion technology and manufacturing Bill passed in the US on Tuesday aimed at countering China.

Dr Pan said: "Importantly, Biden seeks to address current US security and economic vulnerabilities, but with a shrewder, more calculated and rational stance."

Biden could also decide to reinstate such a ban at a later date, but with better legal grounds under a more comprehensive framework, he added.

"Sino-American geopolitical rivalry will persist, and will continue to spill over to the economic and technological realms." - The Straits Times/Asia News Network 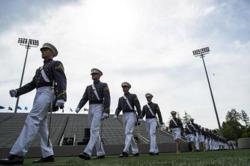 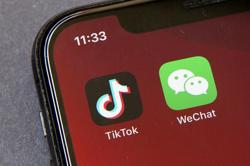