WASHINGTON, May 28 (AFP): The United States on Friday called on Myanmar's military regime to release the American editor of a news outlet based in the coup-hit country who was detained earlier this week as he attempted to board a flight.

"We are deeply concerned over the detention of US citizen Daniel Fenster, who was working as a journalist, in Burma," a State Department spokesperson said in a statement.

"We have pressed the military regime to release him immediately and will continue to do so until he is allowed to return home safely to his family."

Fenster, the managing editor of Frontier Myanmar, was detained on Monday at the international airport in Yangon, Myanmar's main city, his outlet said on Twitter.

Myanmar has been in turmoil since the military seized power in a February 1 coup, with near-daily protests and a nationwide civil disobedience movement.

More than 800 civilians have been killed in an ongoing bloody military crackdown, according to a local monitoring group.

The press has been caught in the crackdown as the junta tries to tighten control over the flow of information, throttling internet access and revoking the licenses of local media outlets.

"The detention of Daniel, as well as arrest and use of violence by the Burmese military against other journalists, constitutes an unacceptable attack on freedom of expression in Burma," the State Department spokesperson said.

Consular officers from the US embassy in Yangon have attempted to visit Fenster, but have so far not been given access to him, the spokesperson said.

"We urge the Burmese regime to grant consular access, as required by the Vienna Convention on Consular Relations, without delay, and to ensure proper treatment of Daniel while he remains detained," the spokesperson added.

Frontier said it was concerned for Fenster's wellbeing and did not know why the 37-year-old journalist had been detained.

Fenster, who had been working for the outlet for around a year, was heading home to see his family, Frontier's chief editor Thomas Kean told AFP.

"Our priorities right now are to make sure he is safe and to provide him with whatever assistance he needs," the outlet said in a tweet. - AFP 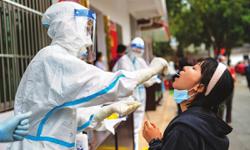