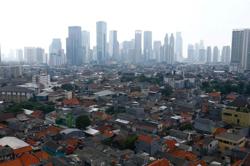 The government will only allow the completion of plants that are already under construction or have reached their financial close, Energy and Mineral Resources Ministry Director-General Rida Mulyana told a parliamentary hearing on Thursday (May 27).

This is the latest move by Indonesia, the world’s top exporter of thermal coal, to catch up in the global race to cut greenhouse gases.

It also plans to offer renewable energy incentives, impose carbon taxes, and develop a carbon trading system as it seeks to cut emissions by 26.8%-27.1% from its 2010 baseline.

South-East Asia’s largest economy will gradually shift about 5,200 diesel-powered plants with total capacity of 2 gigawatts to be powered by renewable sources, Mulyana added. Over the next 10 years, the country is set to need 41 GW worth of capacity.

PT Perusahaan Listrik Negara will likewise exit from all coal-fired power plants by 2056 and turn to renewable energy instead, Deputy President Director Darmawan Prasodjo said in the same event.

The state-owned electricity company has a total installed generating capacity of 63.2 GW as of 2020, with renewables accounting for 7.9 GW. It plans to increase that to 24.1 GW by 2030. - Bloomberg