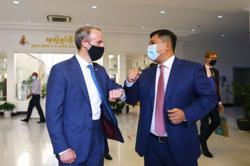 BEIJING (Global Times): China announced on Monday (May 17) that it would extend tariff exemption for 79 US products through the end of the year, in what analysts say a show of China's sincerity in improving trade ties after US officials in recent days signalled intention to hold trade talks over the tariffs.

In a notice, the Customs Tariff Commission of the State Council, China's cabinet, said that tariff exemption for the 79 goods that was due to expire on Tuesday would be extended through Dec 25.

The products, which were targeted by China's response to US tariffs under the so-called Section 301 action, include rare earth ore, medical disinfectants and wafers.

Analysts said that the move is largely within expectation given that both China and the US have been extending tariff exemptions on each other's products.

Song Guoyou, deputy director of the Center for American Studies at Fudan University, told the Global Times on Monday that while the extension is a "regular" process, its continuity showed China's sincerity and stance regarding the bilateral trade relationship.

US officials have been vocal about possible trade talks with China in the past few days. Most notably, US Trade Representative Katherine Tai reportedly said recently that she was expecting to meet her Chinese counterpart "in the near future" over US tariffs on Chinese products.

Responding to Tai's remarks, a spokesperson for China's Ministry of Commerce said Thursday that both sides should address each other's reasonable concerns through dialogue and consultation on the basis of mutual respect and equal treatment.

Such a stance that China is open to trade talks as long as they are based on equal footing is persistent, analysts noted.

However, despite the signal for trade talks, US officials have also been sending mixed signals in recent days with tough rhetoric against China.

On Monday, a joint statement issued by EU and US officials, including Tai, said that the two sides may partner to "hold countries like China that supports trade-distorting policies to account."

However, despite such tough talk, the US appears more anxious than China to resolve the tariff issue, according to Gao Lingyun, a trade expert at the Chinese Academy of Social Sciences in Beijing.

"As scheduled, the two countries should have a discussion in June and the staffers of both sides have maintained weekly communication. But it seems that the US is eager to advance the talks," Gao told the Global Times on Monday.

He said that the US may be in a hurry because of the tariffs are hurting US producers and consumers, which may have contributed to an alarming hike in consumer prices in the US.

The Consumer Price Index (CPI) for all urban US consumers rose 4.2 per cent in April year-on-year before seasonally adjustment. That was the largest 12-month increase since a 4.9-per cent rise for the period ending September 2008, according to the US Bureau of Labor Statistics.

In comparison, China's consumer inflation ran at a low level in April, with a 0.9-per cent gain year-on-year, the National Bureau of Statistics said.

"With its own inflation problem, plus the burden of tariffs, US consumers could not bear it," Gao said, adding that by imposing tariffs on Chinese goods, the US shot itself in the foot, and now it finally found that the wound is quite painful.

Still, given the mounting damage, both sides should move to improve bilateral trade ties with a sincere attitude, analysts said.

"A healthy China-US relationship is not only in the national interest of both countries, but also an important driving force for a global economic recovery," Hu Qimu, chief researcher at the Sinosteel Economic Research Institute, told the Global Times on Monday. 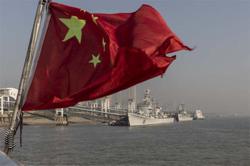