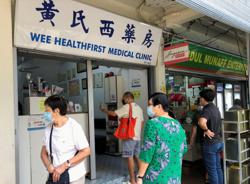 SINGAPORE, May 15 (Reuters): Singapore announced on Friday (May 14) its strictest curbs on gatherings and public activities since a coronavirus lockdown last year, amid a rise in locally acquired infections and with new clusters forming in recent weeks.

The measures, which will be in force from Sunday to mid-June, include limiting social gatherings to two people, a halt on dining in at restaurants and for employers to make working from home a default arrangement for staff.

Malls and cinemas will be allowed to operate but at reduced capacity.

Singapore's Straits Times index closed down 2.2% on Friday, its sharpest daily fall in 11 months, with drops led by firms exposed to retail and travel. Singapore Airlines fell 5.7%, the sharpest drop in a year.

The Asian trade and financial hub of 5.7 million people had until recently been reporting almost zero or single-digit daily infections locally for months.

On Friday, it confirmed 24 locally transmitted infections for the second consecutive day, the highest daily number since September, driven partly by a cluster at its international airport.

"This is clearly a setback in our fight against Covid-19, " said Lawrence Wong, co-chair of Singapore's coronavirus taskforce.

Despite reassurances from authorities of adequate supplies, long queues were seen forming up at some supermarkets on Friday following the announcement, with shoppers filling trolleys with food items and necessities. Staff were busy restocking shelves.

Singapore posted its worst recession last year due to pandemic and is now charting an uneven recovery.

The return of restrictions come as the city-state was gearing up to reopen to visitors and businesses and host international events, including next month's annual defence and security meeting, the Shangri-La Dialogue, and the World Economic Forum's summit in August. 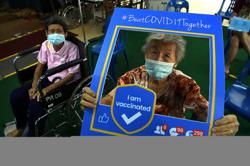 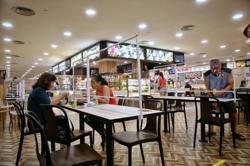