SOUTH-EAST Asian economies will struggle against Covid-19 lockdowns this year even as early signs suggest a recovery for the region, helped by big dollops of foreign direct investment (FDI) and, for some, breakneck growth in exports to the United States and China.

Malaysia’s central bank said on Tuesday that its economy may grow by as fast as 7.5% this year even as the country prepares for a three-week lockdown that started yesterday.

In the Philippines, where officials in the country’s capital have banned all non-essential movement as well as indoor dining and gatherings, the government talked up the country’s potential to return to a rapid rate of growth, helped by government spending and an eventual end to lockdowns.

“The country’s strong economic position before the pandemic and improving economic data in recent months point to an economy that is on the mend, ” said Karl Chua, the Philippines Economic Planning Secretary, according to reports.

But analysts warn that the region’s economies are vulnerable, owing to the slow roll-out of Covid-19 vaccines and future spikes in infections caused by the arrival of variants from neighbouring India as well as growing public apathy.

“The close proximity to India, the new epicentre for the pandemic, raises the concern for a renewed wave for South-East Asian economies, ” Alicia Garcia-Herrero, chief economist for the Asia-Pacific at French investment bank Natixis, told the media.

“This could force governments to reimpose lockdown, which have already happened in Thailand and the Philippines, and delay the recovery of domestic demand and border reopenings as well.

Education Minister Lawrence Wong, who co-chairs Singapore’s multi-ministry task force tackling Covid-19, said Singapore was on a knife-edge, with community cases poised to surge unless residents abide by the latest round of restrictions. Singapore has identified 11 Covid-19 clusters.

In Bangkok, municipal authorities extended until Sunday lockdowns that have shuttered schools, parks and entertainment venues. — The Straits Times/ANN 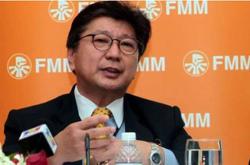