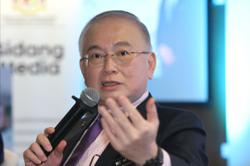 Sureerat Chiwarak sat with calm resolve in front of a Bangkok court as her head was shaved in a protest to support her activist son, jailed for weeks without bail on criminal charges of insulting Thailand’s powerful king.

It was a moment the 51-year-old business consultant had never foreseen, but she felt desperate to do something after her son, student protest leader Parit “Penguin” Chiwarak, 22, was taken to hospital after nearly eight weeks of hunger strike.

“My son is dying and I can’t do anything about it. It’s a terrible feeling. The people in power are letting my son die, ” Sureerat said.

“The head shaving was just a start. It’s the least I could do when I’m prepared to risk my life for his.”

As authorities locked up young protest leaders and largely brought their campaign to a halt, Sureerat came to forge an unlikely alliance with other mothers who are seeking freedom for their children.

A core group of five mothers, from a business owner to a rice farmer, formed their bond as they met on trips to court and prison to see their children.

The focus of their campaign is the release of their children, not the causes the young activists have taken up. But for some, their efforts have become intertwined with some of the issues that got the youngsters into trouble.

The mothers have recently staged several quiet protests, standing together for one hour and 12 minutes – a reference to Article 112 in the criminal code on insulting the monarchy – next to cardboard cutouts of their children and showing the three-finger salute of defiance to demand that they be granted bail.

Six young protest leaders, including Parit, remain in jail. The court has repeatedly denied them bail, citing the severity of the charges against them.

The protesters broke longstanding taboos last year by calling for reform of the monarchy.

They also demanded the departure of former junta leader Prayut Chan-o-cha as prime minister and a new constitution.

The crackdown on the protest leaders brought their campaign to a halt but it fired up the mothers, most of whom were never particularly political before.

Several said they initially had a hard time understanding their children’s call for reform of the monarchy, given the usual prosecution of such critics.

“I was afraid for him at first, about everything, ” said Malai Nampa, 56, who left her rice fields to call for the release of her son, 36-year-old human rights lawyer Arnon, who was arrested alongside Parit in February.

Another mother, Suriya Sithijirawattanakul, got her wish on Thursday when her daughter Panusaya, or “Rung”, 22, was released after nearly two months in prison and six bail petitions.

But Suriya vowed to continue the campaign alongside the other mothers for the release of their children.

Sureerat said she regretted not supporting Parit enough before his arrest but now she says she has started getting involved in activism, even joining a 247.5km march to demand the release of political prisoners.

Parit faces 20 charges of royal insult, the most of any of the activists, and has been denied bail nine times.

Sureerat said she had to remain hopeful even though Parit told her to prepare for the worst.

“Penguin told me that in every battle, there will be losses. I said I wasn’t ready to lose him, ” she said, calling Parit by his nickname. 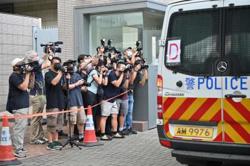