VIENTIANE (The Vientiane Times/ANN): The National Operation Centre for Covid-19 announced 28 new cases of Covid-19 on Friday (May 7), bringing the total number recorded since March last year to 1,205.

According to a report issued by the National Operation Centre, 10 of these cases were reported in Vientiane, eight in Bokeo province, four in Champassak province, five in Saravan province, and one in Vientiane province.

The infections were identified after 10,188 samples were tested on May 6.

The new figure marks a significant decline in the number of infections after 105 new cases were reported on Thursday.

As part of efforts to contain the spread of the virus, the government and local authorities have imposed travel restrictions and banned people from leaving their homes unless necessary.

In addition, the authorities have opened more testing centres to identify new cases and are accelerating the rollout of vaccinations.

The government has stepped up measures to prevent the spread of Covid-19 as ordered by the Prime Minister's Office after a fresh surge in infections in Thailand.

Everyone is urged to observe social distancing, wash their hands regularly, and wear a face mask when in a crowded place.

Authorities are also screening passengers arriving in Laos on charter flights to ensure they have not come from a country that has a community outbreak of Covid-19. Border patrols have also been stepped up.

Health officials urge anyone who believes they have come into contact with an infected person to self-isolate for 14 days. 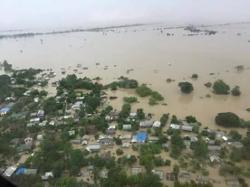 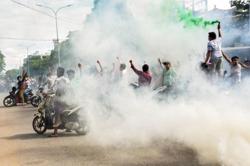