Meanwhile, $403 million was added to 30 existing projects and another $377.6 million was used for capital contribution and share purchases in a total 547 transactions.

Foreign investors pumped most of the capital in processing and manufacturing with $322 million, making up 28.2 per cent, followed by commerce with $321.2 million, real estate ($196.3 million), science and technology activities ($175.4 million), and education-training ($30.3 million).

Among 55 countries and territories investing in the city during the period, Japan took the lead with $494.4 million, Singapore second with $281.6 million, and the Republic of Korea was third with $97.7 million.

Hua Quoc Hung, head of the management board of industrial and export processing zones of HCM City, said the southern hub’s processing and industrial zones had lured $237 million as of late April, an increase of 26 per cent against the same period last year. 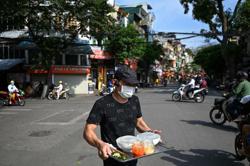