The big case in Philippines: Flight attendant's rape and homicide complaints vs 11 dismissed 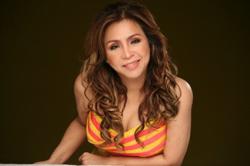 “Evidence presented are insufficient to engender a well-founded belief that rape, homicide, or rape with homicide has been committed, ” read the 19-page resolution dated April 23,2021.

Dacera was found unconscious in a bathtub hours after a party. She was declared dead on arrival at the Makati Medical Centre.

Initial reports indicated she was raped, but the police failed to substantiate the claims.

The prosecutors said the report "is insufficient to prove that penile penetration or carnal knowledge was committed immediately prior to examination."

The prosecutors said the analysis showed there was "no mixed DNA observed" in Dacera's underwear.

"While it may be true that rape may be committed through sexual assault, however, the DNA analysis of the vaginal swabbing proved that no other DNA came in contact with the deceased, thus, negates the allegation of rape either by carnal knowledge or by sexual assault," said the prosecutors.

Dacera and her gay male friends drank into the morning of January 1,2021. Afterwards, the flight attendant had vomiting fits and fell asleep on the bathtub of the hotel room.

The resolution narrated details of how her friends-turned-suspects tried to transfer her to the bed, until the afternoon when one of them woke up and saw Dacera's lips turning black.

The complainants had also submitted a medico-legal report that showed the presence of semen in two of the beddings of Room 2209, the hotel room of Dacera and most of her friends. The other room, where Dacera went back and forth to join the party of other men – who were also mostly gay, according to the respondents – was Room 2207.

"The specimen subject of the medico-legal report was extracted from a white blanket and white beddings from Room 2009 without any indication that the beddings were specifically the ones used by the deceased. The mere presence of semen in these beddings does not prove that rape was committed," said the prosecutors.

Dacera's mother had also alleged that Christine's drink was spiked, but a chemistry report did not provide "conclusive presumption," said the prosecutors.

"The specimen in the chemistry report was taken from Room 2209 and not specifically from the deceased or from her clothing as to provide us with a conclusive presumption that indeed that the deceased or any of the respondents used fluoromethamphetamine or methampethamine or that the deceased's drink was spiked," said the prosecutors.