Personnel in protective garment usher a group of migrant workers to take a bus to a government quarantine facility after workers were tested positive for the coronavirus disease (COVID-19) at Westlite Woodlands dormitory in Singapore April 22, 2021. - Reuters

SINGAPORE, April 23 (AFP): Singapore has quarantined about 1,200 migrant workers from a dormitory after coronavirus cases were discovered among men thought to have already recovered from infections, officials said.

Vast dormitories housing mostly South Asian workers were at the centre of Singapore's initial outbreak last year, with the majority of the city-state's cases in the self-contained complexes.

The country's outbreak has largely been brought under control with just a handful of infections detected daily, but the discovery of new cases among foreign workers has prompted fears the dorms could be hit again.

Earlier this week, a virus case was discovered in the Westlite Woodlands Dormitory in a worker who had already received both doses of a Covid-19 vaccine.

Authorities conducted further tests at the site and another 17 workers, thought to have already recovered from earlier infections, have tested positive for Covid-19, health officials said. 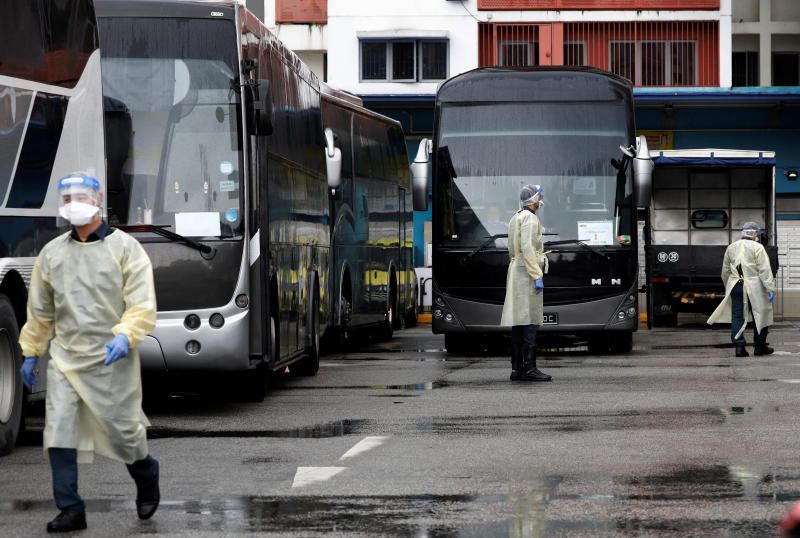 "To prevent and contain the possible spread of infection in the dormitory, we imposed quarantine orders on workers at the affected block," Tan See Leng, minister in the prime minister's office, said late Thursday.

Officials are investigating whether the workers were re-infected, or if they are still shedding the virus from earlier infections.

Tens of thousands of the migrants were placed in quarantine in their dorms last year during the initial outbreak. While the curbs have been eased, they are mostly only allowed out of their accommodation for work.

Singapore authorities were caught off guard when the virus hit the crowded dormitories, raising uncomfortable questions about how the prosperous city-state treats its migrant workforce.