Ngo Sy Tai was apprehended by the National Crime Agency at an address in the UK. Photo courtesy of NCA. - Vietnam News/ANN

LONDON, April 20 (Vietnam News/ANN): A court in the United Kingdom has ordered the extradition of a Vietnamese man to Belgium where he is wanted in connection with the deaths of 39 migrants found in a lorry.

Ngo Sy Tai has been on the run from authorities in Europe who allege he was a member of a criminal network involved in large scale organised people smuggling.

He is suspected of transporting at least ten of the 39 found dead in Essex in October 2019, moving them from a safe house in Anderlecht in taxis to a location near the French/Belgian border before they were put onto the lorry.

After hearing the migrants had died, it is alleged Tai fled Belgium and initially went to Germany before moving to the UK.

He has now been tracked down by the National Crime Agency at an address in Worcestershire, England, where he was arrested.

Westminster Magistrates Court in London has now approved his extradition to Belgium.

The NCA’s Head of Organised Immigration Crime Operations, Miles Bonfield, said they are determined to ensure justice for the families of those who died in the lorry.

He said: “We are working closely with partners in the UK, Europe and beyond to disrupt and dismantle organised criminal networks involved in people smuggling.

“The arrest of Tai demonstrates that in action, and demonstrates our continued determination to get justice for the families of those who so tragically died in October 2019.

“People smuggling is a horrendous trade where those involved treat migrants as a commodity to be profited from and do not care about their safety or wellbeing. There can be no greater example of that than this case.”

In January this year, seven men were jailed for a total of 92 years in connection with the deaths of the 39 Vietnamese. Four of those were found guilty of manslaughter. - Vietnam News/ANN
Article type: metered
User Type: anonymous web
User Status:
Campaign ID: 46
Cxense type: free
User access status: 3 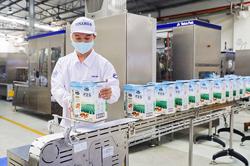