This April, 19, 2021 satellite image released NASA shows typhoon Surigae over Philippines. The approaching typhoon has prompted the evacuation of more than 100,000 people as a precaution in the Philippines, although the unusual summer storm is not expected to blow into land. (NASA Worldview, Earth Observing System Data and Information System. - AP

MANILA, April 19 (Bloomberg): At least one person was killed and tens of thousands fled their homes as Super Typhoon Surigae made a close approach to the Philippines’ eastern provinces.

A 79-year-old male was declared dead on arrival at a hospital after suffering severe head injury caused by a fallen coconut tree in Leyte province in central Philippines, the disaster risk-reduction agency said in an April 18 report.

More than 109,000 people have been evacuated in six provinces in Bicol, a region frequently slammed by typhoons, according to the agency’s civil defense office.

Surigae, locally known as Bising, is bringing heavy to intense rains over the Bicol region and the eastern provinces of Samar, Biliran and Leyte. Ana Patricia Non, second from right, arranges donated food with village workers before they distribute it at a makeshift stall called "Community Pantry" beside a road in Quezon city, Philippines on Monday, April 19, 2021. Non started the "Community Panty" in Maginhawa street by placing food on a makeshift stall for people who need it as many have lost jobs due to quarantine measures set by the government to curb the surge in Covid-19 cases in the country. The theme "Give what you can, take what you need" has spread to several communities which have placed their own makeshift stalls to support people struggling to make ends meet. - AP

It is moving northwest and further away from the main Luzon island, packing maximum sustained winds of 195 kilometers per hour and gusts of as much as 240 kilometres per hour, the Philippine weather bureau said. At one point, Surigae had Category 5 strength.

Meanwhile, dozens of makeshift stalls for food donations have sprouted across the Philippines, as the government said aid for the poor had been delayed weeks after another lockdown.

Only 4 billion pesos (US$82.6 million) of the 23 billion-peso budget for aid have been handed out, presidential spokesman Harry Roque said at a virtual briefing Monday.

Distribution was hampered by distancing measures and efforts to avoid crowds where coronavirus can spread, he said. 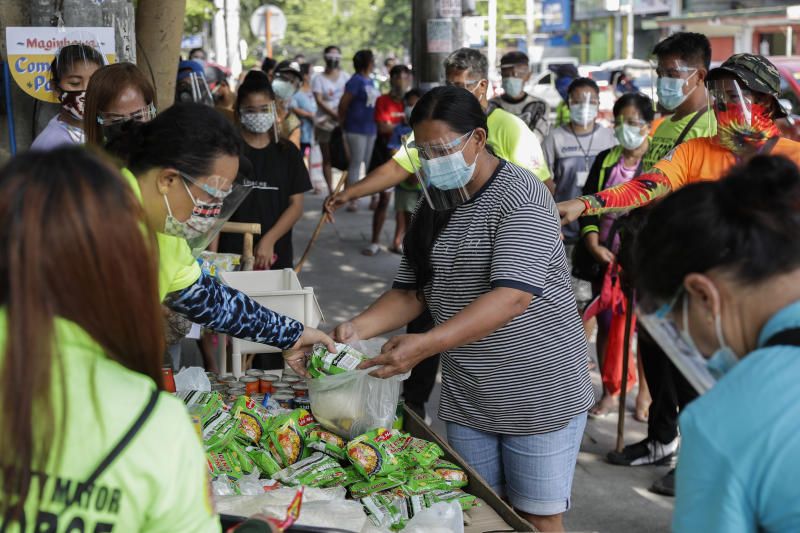 Amid these delays, some Filipinos are queuing for free food from pantries set up by communities and individuals, replicating one put up by a female resident from Quezon City in the capital. These so-called "community pantries” show what the public can do "when the government is absent,” former Vice President Jejomar Binay said on Twitter.

President Rodrigo Duterte’s government doesn’t view the community pantries as a "condemnation” of its pandemic response, Roque said. "It simply shows the best in us during the worst of times,” the spokesman said. 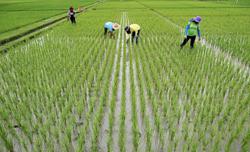