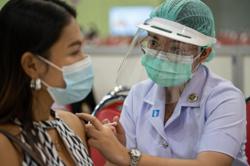 BANGKOK, April 17 (Reuters): Thai Beverage has announced that it was postponing the plan to sell a 20% stake in its regional beer business through a $2 billion Singapore listing, citing a volatile and uncertain outlook aggravated by a worsening Covid-19 pandemic.

The spin-off by the company, controlled by one of Thailand's richest men, was set to be the largest initial public offering in the city-state in nearly a decade. In January, Reuters had reported that the IPO could raise about US$2 billion.

The current uncertain market conditions and volatile economic outlook, due to the worsening health crisis in Thailand and other countries, were not conducive for the spin-off, the company said in a statement to the stock exchange.

Thailand on Friday reported its fifth record daily tally of coronavirus cases this week, with authorities closing schools and bars, and setting up thousands of field hospitals to cope with an influx of patients, even as global cases also surged.

Thai Beverage, whose beers include the popular Chang lager, said the proposed spin-off and listing would be reviewed "at the appropriate time" as it closely monitors market conditions to explore opportunities.

Controlled by tycoon Charoen Sirivadhanabhakdi, Thai Beverage is one of Southeast Asia's largest makers of drinks and had targeted a mid-2020 listing, which got delayed due to the pandemic.