People exercising at a park in Ho Chih MInh City. Health experts recommend that people carefully watch what they eat, be physically active, avoid the use of tobacco and alcohol, and lower stress levels. - Vioetnam News/ANN

HANOI, April 11 (Vietnam News/ANN): Although average life expectancy has increased, the number of cases of non-infectious disease among Vietnamese has risen, Dr Nguyen Thi Kim Tien, head of the Department of Health Protection and Care of Central Officers, has announced.

Tien spoke on Thursday at an annual national workshop on health and longevity held in Ho Chih Minh City.

The average life expectancy of Vietnamese is 73.6 compared to 68.6 in 1999, according to the population census in 2019. However, Vietnamese women are ill an average of a total of 11 years, compared to eight years for men, she said.

“Non-infectious chronic diseases are the number one killer today, with more than 70 per cent of deaths coming from cardiovascular disease, cancer and diabetes, ” she noted.

The number of cases increase significantly from the age of 40 due to aging, inadequate nutrition, high consumption of tobacco and alcohol, stress, and other factors.

“The number in Vietnam has reached alarming levels, ” she said, adding that “how we age depends hugely on how we behave.”

She said that people should carefully watch what they eat, be physically active, avoid the use of tobacco and alcohol, and lower stress levels.

“You should listen to your body and see a doctor as soon as possible if ill because early detection is important in treatment, reducing mortality and improving quality of life, ” she said.

In 2011, Vietnam began to enter the period of an ageing population and is one of the countries with the fastest aging rates in the world.

In 2017, the number of people 60 years and older accounted for 11.9 per cent of the total population.

Dr. Le Dình Thanh, director of HCM City-based Thong Nhat Hospital, said the rapid ageing of the population poses huge challenges to a low to middle-income country like Vietnam, requiring the country to improve its social security and healthcare system for the elderly.

Vietnam needs to raise awareness about preparation for old age, including planning for financial security, and ensuring medical examination and treatment as well as social policies for the elderly.

As many as 70 per cent of deaths every year are caused by non-infectious diseases, of which 40 per cent occur to people under 70 years old.

Non-infectious diseases, including diabetes, cardiovascular disease, high blood pressure, mental illness and cancer, not only affect longevity but also the quality of life.

Experts attribute the reasons for the rising number of cases to the fact that people lack awareness about prevention of such diseases. As many as 49 per cent of men smoke, and 77 per cent of the population drinks alcohol, while 11 per cent of them drink at an alarming level.

Salt consumption in Vietnam is also double the amount recommended by the World Health Organisation (WHO).

The Ministry of Health has set a goal to ensure by 2025 that deaths caused by non-infectious diseases will fall to 20 per cent from the current 70 per cent.

The goal is to reduce the proportion of people smoking by 30 per cent and those drinking alcohol by 10 per cent, while reducing salt intake by 30 per cent. - Vietnam News/ANN 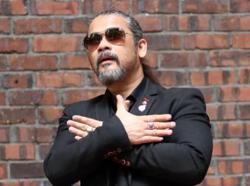