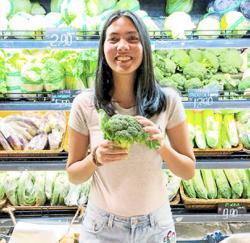 This was revealed in an annual report on consumer behaviour, consumption of media, brand usage and awareness of consumers in rural and suburban areas of Vietnam, which was produced by Facebook and GroupM Vietnam.

Rural and suburban areas are potential areas for businesses to drive growth. Rural areas currently account for 63 per cent of the population, and 60 per cent of the country's gross domestic product.

It is estimated that the monthly cost of fast moving consumer goods (FMCG) in rural areas will increase by 7 per cent on average annually from 2020-2025, faster than in class-1 urban areas (4 per cent).

Compared to class-1 urban areas, over 70 per cent of industries still have the opportunity to boost the number of consumers.

The survey also showed that consumers in rural areas are very proficient in using technology products and digital services. Up to 92 per cent of rural residents have used smartphones, a sharp increase compared to 2 years ago with 84 per cent.

Accordingly, consumers in rural areas are using the internet more than traditional means for shopping and the number is rapidly increasing from 2018 (84 per cent) to this year (91 per cent).

Not only the number of people, daily internet usage continues to increase (149 minutes) and nearly double TV time (87 minutes). Among consumers watching TV, up to 47 per cent use phones in parallel to chat or access social networks.

Using social media is the most popular internet activity with 92 per cent of participants and Facebook is the most widely used social network with 97 per cent.

It can be seen that the habits and behaviour of online consumers in rural areas have changed drastically. A Google report on this issue last year also pointed to the rise of rural digital consumers.

Google said that, although urban areas continue to dominate on "online maps" of spending, Vietnamese rural areas were a key market for growth. It is home to more than half of the country's population, an untapped market with increasing internet penetration.

If businesses can attract users in these areas, the potential for growth in the future is huge.

Experts affirmed that the online sales channel would be an opportunity to increase product presence in many rural areas, especially when the traditional distribution channel has not reached, or met demand of today's busy consumers.

The VnEconomy online newspapers quoted Khoi Le, head of business group of Facebook in the Vietnamese market, emphasising that attracting more new consumers was always a problem that many managers were looking for answers.

As the number of new users in big cities was dwindling and the competition among brands was becoming saturated, the attraction of users in the class-2 and class-3 satellite cities and the rural areas was becoming increasingly important, noted Khoi. - Vietnam News/ANN