The country is one short step away from having its first trade agreement with European countries after legislators approved a Bill over a deal between Indonesia and the European Free Trade Association (EFTA).

The House of Representatives approved on Friday the draft for the Comprehensive Economic Partnership Agreement (IE-CEPA) between Indonesia and the EFTA, which comprises Iceland, Liechtenstein, Norway and Switzerland.

The legislation is now pending a signature from President Joko “Jokowi” Widodo that would immediately make the IE-CEPA come into effect.

The president very rarely rejects Bills approved by the House.

“We are optimistic that, with this Bill’s implementation, the agreement can help Indonesia in its post-Covid-19 economic recovery, ” he said on Friday.

Lutfi went on to say that Indonesia would also push for the Indonesia Sustainable Palm Oil (ISPO) certification to be accepted by Switzerland, as stated in the IE-CEPA framework.

After seven years of negotiations, the agreement was signed in December 2018. However, since then, only Iceland and Norway have ratified the agreement.

Indonesia exported goods valued at US$15.27bil (RM63bil) in February, up 8.56% year-on-year, according to Statistics Indonesia.

The increase was mostly due to higher commodity prices, while export volumes shrank.

Trade between Indonesia and EFTA countries was valued at US$3.3bil (RM13.6bil) last year, a 92.6% increase over the previous year.

The EFTA countries together ranked 15th among Indonesia’s export destinations.

“The EFTA will be our door to introduce national products to the European Union and increase our partnership to maximise the agreement, ” said Aria Bima, deputy chairman of Commission VI, which oversees trade, industry and investment.

Indonesia has been pursuing stronger economic ties with nontraditional partners, such as EFTA, Latin American and Middle Eastern countries, in a bid to spur trade and attract new investment amid the global trade disruption caused by the pandemic.

The IE-CEPA is aimed as a hub for Indonesia to lure investment from EFTA countries and the broader European market.

Under the agreement, Indonesia is committed to liberalising 182 subsectors for investment. Most of them are in the manufacturing sector, followed by the agriculture, hunting and fishery sector. — The Jakarta Post/ANN 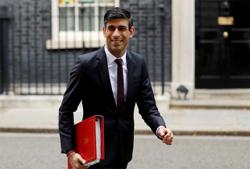