MANILA, Philippines, April 7 (The Philippine Inquirer/ANN) – Seventeen tycoons from the Philippines – led for the third straight year by “brown taipan” Manuel “Manny” B. Villar – made it to Forbes magazine’s 2021 list of wealthiest people on the planet.

Forbes, which has been counting persons with net worth of at least $1 billion for the last 35 years, announced a record-breaking roster of 2,755 billionaires, including 493 newcomers.

This was seen as unprecedented by any measure, especially in a period when the COVID-19 pandemic has continued to wreak havoc on the global economy.

Altogether, these billionaires are worth $13.1 trillion, up from $8 trillion on the 2020 list.

Still at the top of the heap is outgoing Amazon CEO Jeff Bezos, who has an estimated net worth of $177 billion while Tesla and SpaceX founder Elon Musk pole-vaulted into the number two spot with an estimated wealth of $151 billion, up from No. 31 last year.

“It was also the first time that the combined net worth of the world’s billionaires crossed into double-digit trillions.

“The pace at which huge fortunes have been created is astonishing, ” said Kerry Dolan, Assistant Managing Editor at Forbes’ Wealth.

In the Philippines, most of the tycoons were able to grow their net worth despite the prolonged pandemic.

The magazine estimated Villar’s net worth at $7.2 billion, making him the 352nd richest person in the world. His wealth grew from last year’s $5.7 billion.

This is the complete list of billionaires from the Philippines in Forbes’ Billionaires list and their estimated wealth: 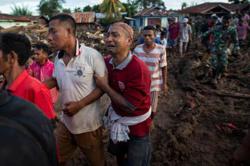