The Philippines is at risk of a "humanitarian crisis that will overwhelm the country and wipe out families".- AFP

MANILA, April 6 (Bloomberg): As hospitals in the Philippine capital reach capacity from a new surge of coronavirus cases, increasingly desperate Filipinos are stocking up on oxygen tanks and touting unapproved medications amid fears the health care system may collapse.

Daily infections rose to a record last week in the Southeast Asian nation, where one in nearly five Covid-19 tests comes back positive and vaccination rates lag its neighbors.

The Philippines is at risk of a "humanitarian crisis that will overwhelm the country and wipe out families” unless the government steps up testing, tracing and treatment efforts, opposition Senator Francis Pangilinan said in an April 3 statement.

The country is behind neighbors in vaccinations, according to World Bank data, having administered 0.2 doses per 100 people as of mid-March, compared to Indonesia’s 2.4 doses and Malaysia’s 1.1 doses.

The strain on hospitals has even hit one of the country’s ex-presidents.

Former President Joseph Estrada spent the night in an emergency room after being rushed to a Manila hospital with Covid-19 complications on March 28, since the regular beds were occupied. 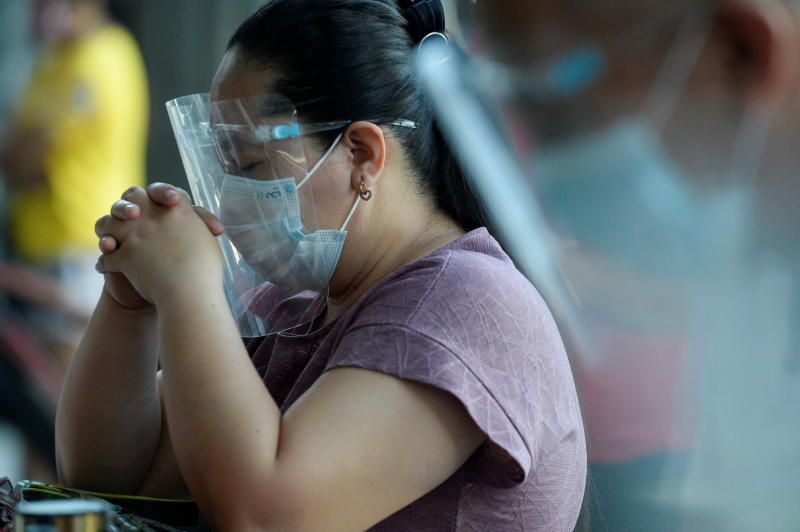 Estrada was later admitted to the intensive care unit and is now on ventilator as his pneumonia has worsened, his son said in a Facebook post on Tuesday.

Others don’t make it into the hospital at all.

"Many have already died inside tents outside hospitals, waiting to be admitted to the ERs, in ambulance while in transit, at home without receiving any medical help,” Vice President Leni Robredo, who leads the political opposition, said in a Facebook post last week.

A spike in cases since the middle of March prompted President Rodrigo Duterte to put Metro Manila and nearby provinces in lockdown for at least two weeks through April 11. The Philippines, with 812,760 total infections as of April 6, has the most active cases in Southeast Asia. Deaths have risen to 13,817 or 1.7% of total cases after adding a record 382 fatalities on Tuesday due to late data.

Duterte, in a March 29 briefing, warned of bleak months ahead. "I’m grappling with the issue of Covid,” he said. "It takes most of my time actually.” 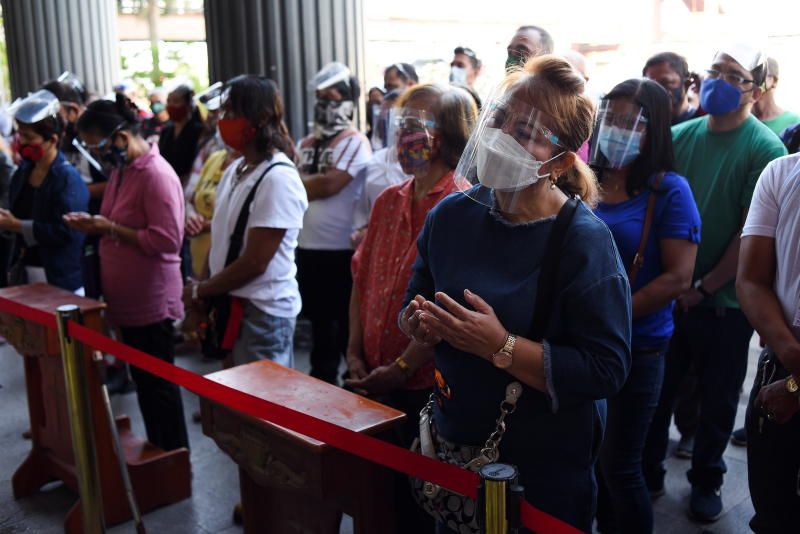 On social media such as Twitter, users are touting Ivermectin, an anti-parasitic veterinary drug, as a possible Covid-19 cure. The Philippines’ Food and Drug Administration is processing an application for the use of Ivermectin on humans, the health department said on April 5.

Filipinos like Manila resident Jomarlo Moreno have resorted to buying oxygen tanks. After a relative with asthma tested positive for the virus and had difficulty breathing but could not be accommodated in a hospital ward, Moreno shelled out 3,500 pesos for the equipment.

"We are lucky that we have the resources,” he said. "What about others who do not?”

More than 80% of intensive-care capacity in Metro Manila is filled, 60% of ventilators already in use and 70% of isolation beds are occupied, according to the health department. Occupancy of health facilities has increased since the agency started reporting data two weeks ago.

Health Undersecretary Maria Rosario Vergeire blamed the surge on the spread of variants. From October to February, fewer than 3,500 people tested positive daily but infections climbed to a record 15,298 on April 2. The daily tally was at 8,355 on April 5 as many laboratories closed during the Easter break.

At the Philippine Orthopedic Center in Manila, 117 of 180 staff tested positive last week, forcing it to shut its outpatient department that serves as many as 450 patients a day. Manila’s Lung Center of the Philippines, with its emergency room at 200% capacity, is not accepting walk-in patients.

The government will transfer recovering patients to isolation facilities and hotels, Vergeire said, and move health workers from provinces with fewer infections to Manila.

"It’s not that we aren’t prepared,” she said on Monday. "The increase in the number of cases was something not expected. Unfortunately, the variants have spread faster, and the increase has been tremendous.” - Bloomberg
Article type: metered
User Type: anonymous web
User Status:
Campaign ID: 46
Cxense type: free
User access status: 3 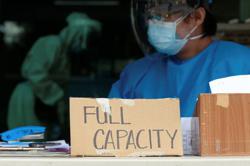