Asean News Headlines as at 9pm on Monday (April 5)

Health Minister: NSC yet to decide on relaxing travel rules for the vaccinated

Singapore: Nearly 10,000 fined in past year for breaking Covid-19 rules

Singapore to accept Covid-19 digital travel pass from next month 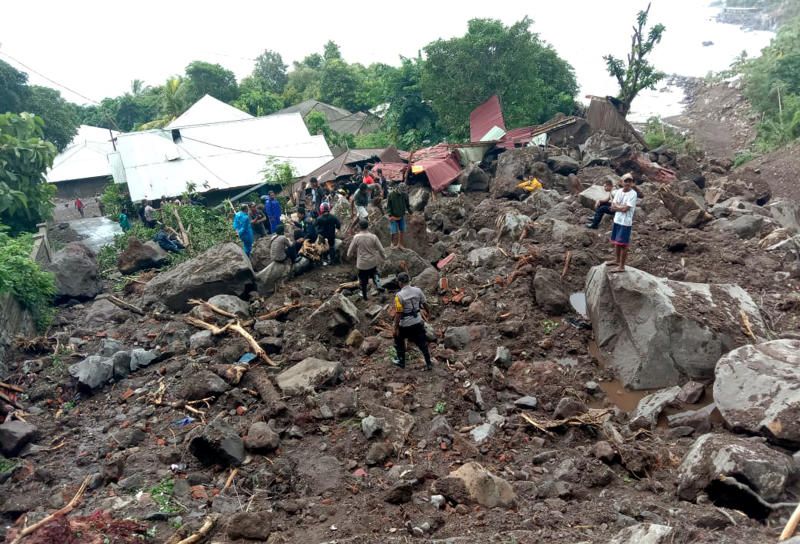 Rescuers search for victims at a village hit by a landslide in Ile Ape Timur on Lembata Island, East Nusa Tenggara province, Indonesia, Monday, April 5, 2021. Multiple disasters caused by torrential rains in eastern Indonesia and neighboring East Timor have left a number of people dead or missing as rescuers were hampered by damaged bridges and roads and a lack of heavy equipment Monday. - AP

Tourism first! Island of Phuket in mass vaccination drive ahead of the rest of Thailand

Johnson & Johnson applies for emergency Covid-19 vaccine use in the Philippines as total cases goes above 800,000 on Monday (April 5)

Workers strike to force junta’s hand instead of street protests This photo taken and received from an anonymous source via Facebook on April 5, 2021 shows protesters holding up portraits of people who have died while taking part in the demonstrations against the military coup, at a rally in Yangon. - AFP

Over 1,000 tonnes of rubbish removed from capital’s canal as Cambodia reports its 21st Covid-19 death

Major plans to boost US businesses in Cambodia