Bazaars like the popular Geylang Serai bazaar have traditionally operated during the Muslim fasting month of Ramadan. - The Straits Times/ANN

SINGAPORE, April 4 (The Straits Times/ANN): Singaporean Feroz Abdullah, 46, has been a fixture at the Geylang Serai Hari Raya bazaar for the past 30 years, mainly selling traditional Malay Muslim clothing.

At 16, he ran his first bazaar stall with some help from his father. Now he is marketing his own brand, Glamour Muzika, which was launched in 2000. He also has a permanent stall in Joo Chiat Complex.

The cancellation of all bazaars in March last year has forced Feroz and other stallholders to change strategy.

Bazaars like the popular Geylang Serai bazaar have traditionally operated during the Muslim fasting month of Ramadan, which will fall between April 13 and May 12 this year.

But the Covid-19 pandemic put paid to physical bazaars and, as they are unlikely to return soon, merchants have moved to virtual bazaars, social media and e-commerce websites. Many merchants told The Sunday Times that going online has been challenging with Feroz saying it has not been as profitable.

He said: "In 2019, I earned about $250,000 from my bazaar stalls. When bazaars were cancelled last year I only made about $70,000 from my website and on Facebook Live sessions during the Ramadan period."

The merchants pointed out that demand online fluctuates.

Stephen Suriyah, owner of The Original Vadai, which is known for its deep-fried fritters with prawn, said: "Once phase two began and Ramadan ended, interest in online bazaars died down as people could start dining out again."

Mohammad Hafiz Atan and his wife, who run burgerjb.dques, a home-based business selling Malaysian-style street food, saw their online orders dip from about 30 to 40 a day during Ramadan last year to seven to eight once Ramadan ended.

She said she misses the thrill and pleasure of seeing customers enjoy their food at the Geylang Serai bazaar. 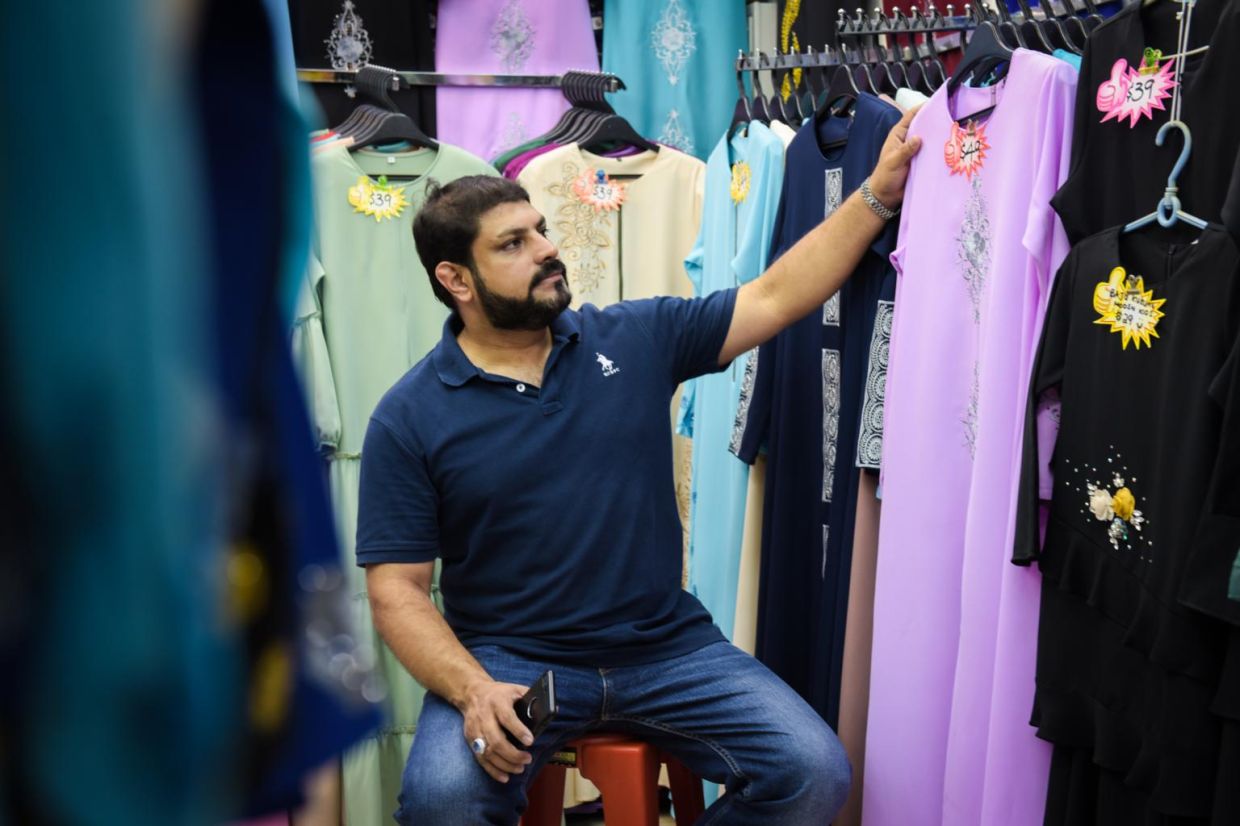 Said Hanifayana: "It was very heartening to see customers look pleasantly surprised with our Youtiao. We were very happy it was being appreciated."

Regular visitors to the Geylang Serai bazaar, like Hernandes Lim, 21, a management staff in the food supply industry, said Ramly burgers and deep-fried Oreo biscuits are among the bazaar treats he misses the most.

He also misses trying new things with his friends at bazaars, which he thinks cannot be done online.

She said: "One reason people go to bazaars is to go from shop to shop with friends to buy all sorts of food and enjoy the vibes there.

"For me, buying bazaar food online is no different than ordering food normally from GrabFood or Deliveroo." Despite these challenges, experts said there are some benefits to bazaars moving online.

Associate professor Lim Beng Soon, from the School of Humanities and Behavioural Sciences at Singapore University of Social Sciences, said virtual bazaars are the safest option given the pandemic.

He added virtual bazaars will help people stay connected with their favourite stallholders even after the bazaars end.

Assistant Professor of Arts and Culture Management at the Singapore Management University, Hoe Su Fern, said virtual modes of gathering make culture accessible to a wider population across and beyond Singapore, but argued that online bazaars can never be a replacement for physical ones.

She said: "The Hari Raya bazaar is more than just a marketplace. It is an accessible social space that brings various communities and cultures together."

"If physical bazaars do not ultimately return and stay online, we lose an accessible and common touchpoint for shared experiences." Abdul Rani Mustafa, founder of Adex Group which has organised exhibitions locally and abroad including various Hari Raya bazaars, said that physical bazaars with safe management measures could be the way forward.

He suggested smaller bazaars of about 80 spaced out stalls with safe entry check-ins and controlled entry and exit points.

Prof Su Fern added that hybrid bazaars, which include digital and live components, may be a more sustainable solution in the future.

Given his experience, Feroz said he understands that most people would rather visit physical bazaars to experience them first-hand.

Feroz said: "The Geylang Serai bazaar has a lot of memories for the Malay community and a very long and rich history.

"Many regular bazaar visitors come down each year to see veteran sellers and new more daring ones.

But the return of bazaars should not be at the expense of safety, said Mr Feroz.

"Our safety is the most important thing and if that is compromised, I would rather the bazaar not return yet." - The Straits Times/ANN