The lawmaker representing Hong Kong’s embattled tourism industry has urged officials to press ahead with negotiating the return of international travel, saying most countries are open to setting up a quarantine-free system for those vaccinated against the coronavirus.

Yiu Si-wing on Friday called for talks on re-establishing travel links with Singapore and other destinations, while a business leader warned that discussions could be complicated by the differing approaches of governments to recognising vaccines.

The lawmaker’s appeal came as authorities confirmed 13 new Covid-19 cases, taking the total number of infections to 11,363, with 203 related deaths.

Ten infections were locally transmitted, including four from untraceable sources. The remaining three were imported from Indonesia and the Philippines.

Yiu dismissed concerns that governments would limit the types of vaccine they would recognise for such schemes, emphasising the sense of urgency among economies for resuming global travel and bringing back tourism income.

“The pandemic was a huge hit on the global economy, especially as the travel sector came to a halt. It’s impossible for all economies to survive on local consumption alone, which is why now that there are vaccines and the goal of reaching herd immunity, we should discuss how to reopen our economy to cross-border and international travel,” the Legislative Council member told a radio programme.

“There are questions on which vaccine people should take if they want to travel ... but I don’t think that’s the mainstream opinion. Gradually, countries will have to start talking [about reopening travel], as more and more people get vaccinated.”

He added Hong Kong had a “good foundation” for reopening travel with Singapore, with vaccination programmes under way in both cities and measures already previously agreed before the travel bubble was halted last November due to a rise in Hong Kong infections.

“It makes it a more complicated decision,” Lau said, referring to ongoing discussions between administrations on whether to recognise vaccines made from different manufacturers. 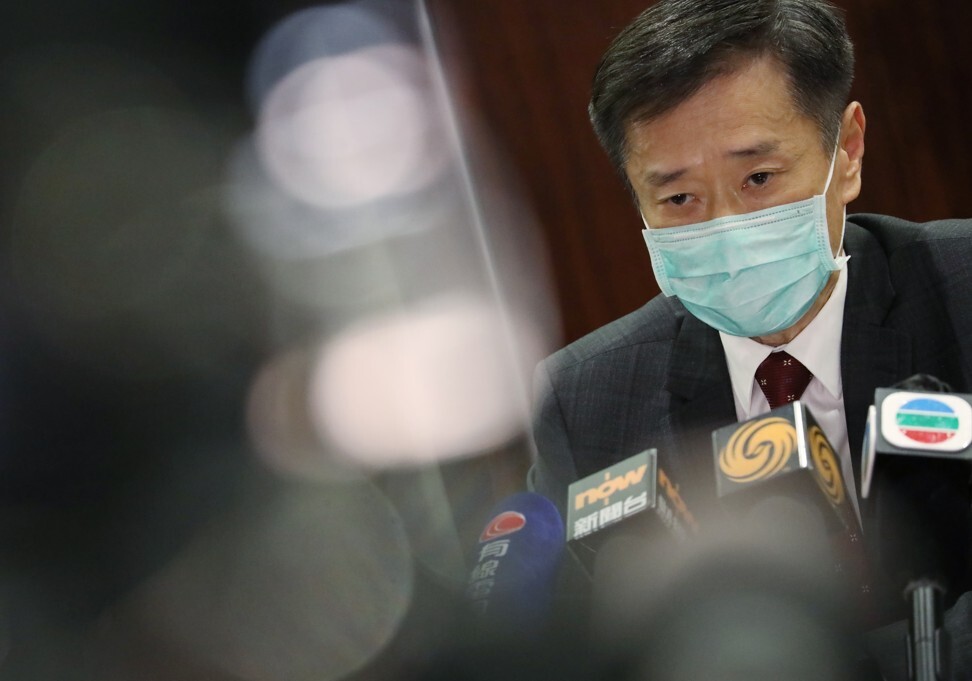 On Thursday, health experts advising the Hong Kong government on the pandemic concluded that the German-made Pfizer-BioNTech vaccine should be effective in protecting against coronavirus variants found in Britain and Brazil, but was less so for a South African one.

However, there was not enough data available on the effectiveness of the Chinese-made Sinovac jabs against the new variants, the expert panel said on Thursday.

Meanwhile, the AstraZeneca shots, developed by British-Swedish firm AstraZeneca with Oxford University and the third vaccine ordered for use in Hong Kong, had proven effective for both the Britain and Brazil variants, but not against the South African strain.

In total, some 276,600 people out of the city’s population of 7.5 million have received their first vaccine dose in Hong Kong since the launch of the city’s inoculation scheme in late February. Some 201,500 people received the Sinovac jab and about 75,100 others took the BioNTech version.

Although there was no data specifying the vaccination take-up rate in each industry, restaurateur Simon Wong Kit-lung said those in high-exposure jobs would be largely willing to get immunised.

“Those working in the catering sector are in contact with a lot of people every day, so it’s a high-risk group. We’ve also been hit by social-distancing rules for a long time, which is why I think there is generally a sense of willingness to get vaccinated,” Wong told a radio station.

But he cautioned it would not be feasible to make the easing of social-distancing rules dependent on the sector-wide vaccination rate.

He said doing so would create conflict unnecessary between restaurant bosses and their staff if they were pressured into taking the shots.