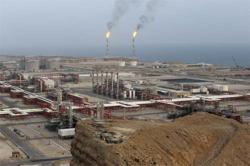 SINGAPORE, March 9 (Reuters): Oil prices fell on Tuesday, reversing earlier gains, on receding fears of a supply disruption in Saudi Arabia, the world's biggest oil exporter, after an attack on its export facilities, and on concerns a stronger US dollar would crimp demand.

Prices rose earlier on expectations of a recovery in the global economy after the US Senate approved a US$1.9 trillion stimulus bill and on a likely drawdown in crude oil inventories in the United States, the world's biggest fuel consumer.

"The massive stimulus that is about to get passed in the US will continue to drive inflation expectations higher and that will mean a stronger dollar in the short-term will weigh on commodities."

Dollar-denominated oil prices typically fall when the greenback strengthens since the commodity becomes more expensive for buyers paying in other currencies.

US Treasury Secretary Janet Yellen said on Monday that President Joe Biden's $1.9 trillion coronavirus aid package will provide enough resources to fuel a "very strong" U.S. economic recovery. The House of Representatives must still pass the Senate version of the package for it to become law.

Brent prices have pulled back from Monday's high above $70 per barrel. Prices rose after Yemen's Houthi forces fired drones and missiles at the heart of the Saudi oil industry, including a Saudi Aramco facility at Ras Tanura vital to petroleum exports.

Riyadh said there were no casualties or loss of property.

The United States expressed alarm at "genuine security threats" to Saudi Arabia from Yemen's Iran-aligned Houthis and elsewhere in the region, and said it would look at improving support for Saudi defences.

The attacks came after the Organization of the Petroleum Exporting Countries (OPEC), Russia and their oil producing allies, known as OPEC+, agreed last week agree on broadly sticking with output cuts despite rising crude prices. 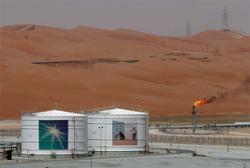