A palm oil plantation is pictured next to a burnt forest near Banjarmasin in South Kalimantan province, Indonesia, September 29, 2019. Swiss voters look set to back a trade deal with Indonesia and a ban on people covering their face in public. - Reuters

GENEVA, March 7 (Bloomberg): Swiss voters look set to back a trade deal with Indonesia and a ban on people covering their face in public.

A projection published by broadcaster SRF showed the trade agreement had support at 51% after a poll last month had suggested it would pass by a narrow margin.

Voters are getting a say after environmentalists argued the trade agreement lets palm-oil producers off the hook too easily.

Final results for both measures are expected later on Sunday.

Indonesia is the world’s biggest producer of the oil -- used in everything from chocolate to shampoo -- and the trade deal would reduce tariffs on imports of certified sustainable production.

While the Swiss government argued the deal would help sustainable production, members of the Green Party and other activists said sustainability labels for palm oil aren’t credible and that practices that hurt the environment won’t be stopped.

The proposal to ban face coverings is designed to forbid Islamic full-face veils. SRF said the projection showed support at 52%.

It’s been spearheaded by a group close to the anti-immigrant Swiss People’s Party, which in 2009 successfully pushed through a national ban on the construction of minarets. Austria and France have already enacted similar laws.

If the measure gets approved, national law will need to be amended and the government will then put the measure into force. - Bloomberg
Article type: metered
User Type: anonymous web
User Status:
Campaign ID: 46
Cxense type: free
User access status: 3 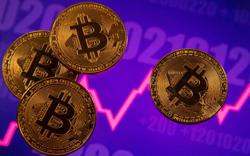