Ambassador of the People’s Republic of China to Brunei Darussalam Yu Hong at the Chinese New Year celebrations. - BB

BANDAR SERI BEGAWAN (Borneo Bulletin/ANN): Brunei Darussalam was the fourth country to a receive vaccine donation from China when the Sinopharm vaccine arrived in the Sultanate on Feb 9.

The donation reflects the ties between the leaders of the two countries, said Ambassador of the People’s Republic of China to Brunei Darussalam Yu Hong on Sunday (Feb 28).

“The donation of the Sinopharm vaccine shows the strong long-term friendship and mutual trust between both countries and that China is a true friend, ” she said during the Brunei Fuzhou Shiyyi Association’s Chinese New Year celebration at the association’s building in Jalan Berakas.

The ambassador also said 2021 marks the 30th anniversary of the establishment of diplomatic relations between Brunei Darussalam and China.

“It is a year worth looking forward to, in terms of the relations between the two countries, ” she said.

“The year 2020 was an extraordinary year of mutual assistance. At the beginning of the year, the two countries held the first meeting of the Intergovernmental Cooperation Steering Committee. 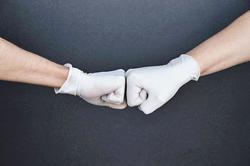 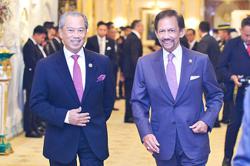