TOKYO: Two South Korean technology companies are borrowing from mobile gaming to shake up – and dominate – Japan’s storied manga industry, a plot twist that has expanded the comics’ fanbase to a new generation of readers.

Backed by tech giants Kakao Corp and Naver Corp, Piccoma and Line Manga have become Japan’s highest-grossing mobile apps outside games. Such online manga platforms have seen a surge in popularity during the Covid-19 pandemic.

Piccoma passed Line Manga to become last year’s top-grossing manga app on both Apple’s IoS and Android. Its rise can be traced back to 2016, when it introduced a revenue model it calls “zero yen if you wait”.

The app’s manga tales – from classroom love stories to supernatural horror – are serialised. Users must wait for a timer to unlock the next instalment, or pay to read ahead.

Inspired by smartphone games in which playing is free but extra content is not, the approach marked a radical departure from the typical model of selling an entire manga volume up front.

Readers, eager to find out what happens next, often end up paying. The business model has become standard as dozens of book sellers, tech companies and publishers rushed to offer their own apps. — Reuters 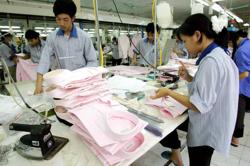