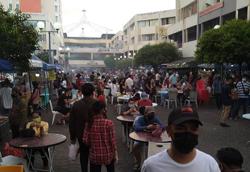 Foreign Ministry spokesperson Wang Wenbin made the remarks at a press briefing in response to a query on a study conducted by an Australian institution that showed dwindling Chinese investment in Australia.

China's direct investment in Australia fell by 61 percent to US$783 million in 2020, a record low in six years, according to the study by the East Asian Bureau of Economic Research, Australian National University.

The figures can well reflect some real problems in China-Australia relations, Wang said.

The essence of bilateral economic and trade cooperation is mutually beneficial and features win-win results, the spokesperson said. Chinese companies' investment in Australia has made great contributions to local economic development and people's livelihood and employment.

Wang said, in recent years, the Australian side has repeatedly abused the concept of "national security" to veto investment by Chinese enterprises in Australia, and frequently imposed unwarranted restrictions on normal exchanges and cooperation between the two countries in various fields.

"Such moves have seriously affected the confidence of Chinese enterprises in investing in Australia," he added.

The practice of politicising economic and trade issues runs counter to the market rules and the principle of free competition that Australia has flaunted, and also damages its own interests and reputation, according to the spokesperson.

"The Australian government should take measures to provide a fair, open and non-discriminatory investment environment for foreign investors, including Chinese companies, and create convenient conditions for practical cooperation between China and Australia in various fields," Wang said. 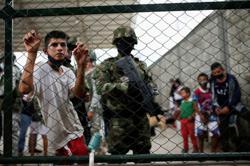