Philippine President Rodrigo Duterte and Chinese Ambassador Huang Xilian check a vial of Sinovac Biotech's CoronaVac vaccine during the arrival ceremony for the first shipment of Covid-19 vaccines to arrive in the country, at Villamor Air Base, Pasay, Metro Manila, Philippines, on Sunday (Feb 28, 2021). - Reuters

The death toll climbed to 12,318 after 29 more patients died from the viral disease, the DOH said, adding that 9,418 more patients recovered, raising the total number of recoveries to 534,271.

The Philippines will officially kick off the Covid-19 vaccine rollout on Monday using the CoronaVac vaccines made by Chinese company Sinovac, the DOH said on Sunday. 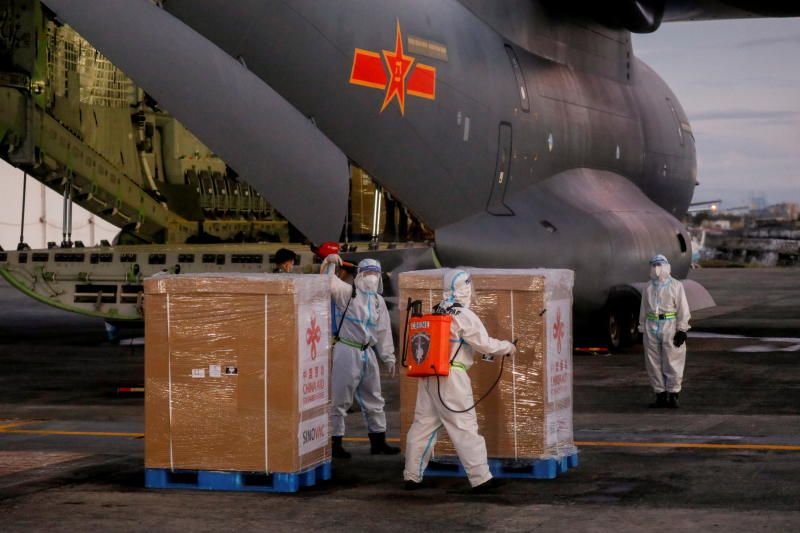 A batch of Sinovac vaccines that China donated to the Philippines arrived in the South-East Asian country on Sunday afternoon, the first Covid-19 vaccine to reach the Philippines.

Philippine President Rodrigo Duterte attended the handover ceremony of the vaccines at a Philippine Air Force base in the capital city of Manila.

"In light of the arrival of Covid-19 vaccines in the country, there will be a symbolic vaccination with Sinovac vaccines in different hospitals in Metro Manila on March 1," the DOH said in a statement.

The DOH added that the Sinovac vaccines "will also be rolled out in other parts of the country in the coming days."

Aside from Sinovac vaccines, the government said 525,600 doses of AstraZeneca vaccines under the COVAX facility will also arrive on Monday. 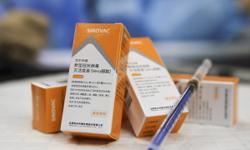