A Cambodian man who works at a refrigerator factory in Busan City is in need of medical treatment. - Facebook

The woman went missing after getting married in the country and living there for two months, according to Cambodia’s ambassador to South Korea, Long Dimanche.

Dimanche said on Feb 23 that embassy officials in charge of Cambodian migrant services in South Korea had intervened on behalf of a Cambodian man who was in need of medical treatment. The man works at a refrigerator factory in Busan City.

“Seven Cambodians work at that factory including one who is losing his memory – apparently due to a medical condition, ” Dimanche said.

Dimanche did not provide the worker’s name, citing privacy concerns.

“He had lost some important documents like his passport and identification card, possibly due to this condition, so he was unable to go out and seek health services.

"The embassy intervened to ensure that he could go to the hospital for medical care and he has now received medicine to take at home, ” he said.

According to Dimanche, the officials requested that his employers at the factory and his Cambodian colleagues provide further assistance with taking care of him for now and with bringing him to the hospital.

Additionally, embassy officials have contacted the relevant authorities in Cambodia in order to inform his family and coordinate with them.

“When his condition has improved some, our team will help him get a new passport so that he can return to Cambodia, ” he said.

In a separate case, Dimanche said that on Feb 22 embassy officials had contacted the authorities in South Korea to ask for assistance in the search for a 21-year-old Cambodian woman, Duch Ratana, following her unexplained disappearance from her husband’s home in Seoul.

“According to the information learned by investigators, Duch Ratana had come to live in Seoul with the intention of only staying for a period of two months but she went missing from the home she shares with her Korean husband without any notice or explanation for her whereabouts for several days now, ” he said.

Dimanche requests that Ratana or her family, friends or relatives in Cambodia please contact his embassy if they have any information that would shed light on her situation, adding that the embassy stands ready to provide her with assistance should she need any. - The Phnom Penh Post/Asia News Network 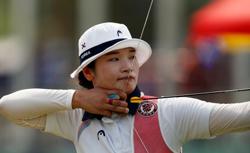