JAKARTA (Reuters): Indonesian President Joko Widodo on Tuesday (Feb 16) announced the appointment of a senior banker, Ridha D.M. Wirakusumah, as the chief executive of the country's new sovereign wealth fund, which has a target of managing US$20 billion in funds.

Jokowi, as the president is popularly known, also named other professionals for posts on the board of directors of the fund, the Indonesia Investment Authority (INA).

The INA aims to attract foreign funds as co-investors, unlike some funds set up by other countries to manage oil revenues or foreign exchange reserves.

There has been scrutiny over the governance of INA particularly in the wake of a corruption scandal and massive losses involving neighbouring Malaysia's 1MDB fund.

"The INA is a professional institution, protected by the law and will use professional judgment in its work," Jokowi said in broadcast remarks, noting that a supervisory council and headhunters had helped pick the executives.

US-educated Wirakusumah, until recently the chief executive of Bank Permata, has over 30 years of experience in Indonesian and international firms, including with private equity group KKR & Co, American International Group and Citibank.

"We will strictly and clearly carry out our duties with the highest integrity," Wirakusumah said, adding that INA will be seeded with $5 billion from the government and he expected about $10 billion to $15 billion more from investors.

"The team has a strong background. This should be responded to positively by the market," said Nico Laurens, head of research at brokerage Panin Sekuritas.

Indonesian officials previously said bodies like the US International Development Finance Corporation, Japan Bank for International Cooperation, Singapore's sovereign wealth fund GIC and some pension funds had expressed interest in investing in the INA, with total commitments reaching up to $10 billion. 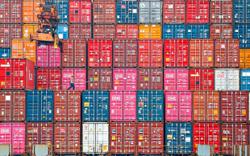