HONG KONG police have made their biggest-ever seizure of ketamine, uncovering a 682kg stash with an estimated street value of HK$437 million (US$56 million).

The haul, shipped into the city from Pakistan in packages labelled “macaroni”, contained more of the illicit drug than was seized in any single year since 2007, Chief Superintendent Lam Man-han of the Narcotics Bureau said on Friday.

After discovering a rental flat at a private housing estate in Yuen Long was being used as a drug storage and distribution centre, police lay in wait on Wednesday, stopping a 23-year-old man as he left the block and seizing 2kg of ketamine from his backpack. Another 5.5kg of the drug was found inside the flat.

After learning the ketamine had been picked up at a Kwai Chung warehouse, officers escorted the suspect there, where another 674.8kg was seized. 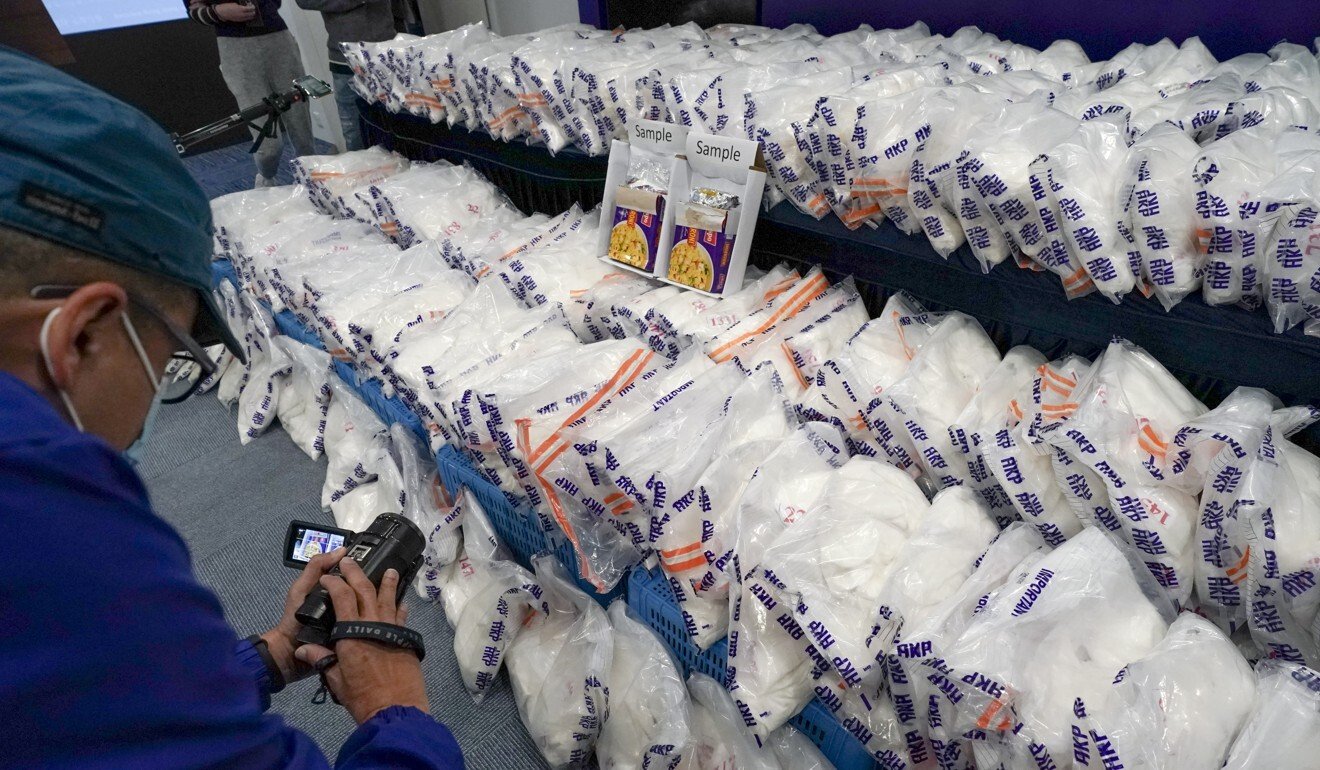 “There were more than 1,650 boxes of macaroni and spaghetti in the warehouse. More than 1,600 bags of ketamine were found concealed inside 71 of the boxes, and each bag contained 400 grams of the drug,” senior superintendent Ng Kwok-cheung said at a press conference.

He said their investigation discovered the consignment had arrived in Hong Kong from Pakistan in early January.

“The operation prevented a large amount of ketamine from being circulated in the city,” he added, noting that pandemic travel restrictions had forced drug syndicates to use cargo shipments rather than human couriers.

Lam, meanwhile, said the haul of ketamine in the operation represented “more than the seizure of the drug in any entire year since 2007,” Lam said.

While ketamine and crystal methamphetamine, also known as Ice, have come mainly from Europe in the past, she said police had also noticed a new smuggling route from some South Asian countries being used since mid-2020.

Last August, police seized more than 100kg of crystal meth and heroin smuggled into the city from South Asian countries.

“To tackle this, police will enhance intelligence collection to combat drug crimes,” she said.

Officers arrested the 23-year-old jobless suspect on suspicion of trafficking in a dangerous drug, an offence that carries a maximum penalty of life imprisonment and a HK$5 million fine. As of Friday morning, he was still being held for questioning.

According to the force, the suspect was likely to be charged for drug trafficking and appear in Fanling Court on Saturday.