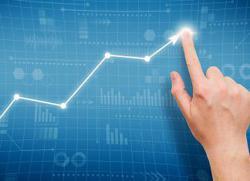 Nội Bài Cargo Terminal Services (NCT) reported revenue in the fourth quarter of 2020 of VNĐ205.6 billion (US$8.9 million), an increase of 11 per cent in the same period last year. Photo cafef.vn

HANOI (Vietnam News/ANN): Although the aviation industry was ravaged by the Covid-19 pandemic, logistics companies at airports still maintained operations.

Nội Bài Cargo Terminal Services (NCT) reported revenue in the fourth quarter of 2020 of VNĐ205.6 billion (US$8.9 million), an increase of 11 per cent over the same period last year.

It announced post-tax profit of VNĐ52.5 billion, an increase of 5.6 per cent. The company attributed the profit increase to the receipt of a dividend of VNĐ7.1 billion from the out-of-business investment.

According to NCT, the Covid-19 pandemic has had a great impact on the aviation industry and air cargo services. The output of goods to and from Nội Bài international airport decreased compared to 2019.

For the whole of 2020, SCS' revenue reached nearly VNĐ693 billion, down 7.4 per cent, while post-tax profit touched VNĐ464 billion, down 7.5 per cent compared to 2019. SCS' gross profit margin decreased compared to the previous year but was still at a very high level of 78 per cent.

According to a report by Transport Intelligence (Ti), twice in the past decade, the air transport market has been propelled by inventory re-stocking cycles. These were boosted by a rapid increase in new export orders growth, which takes place at a time when the global economy and trade are rapidly developing.

However, given capacity constraints, it is unlikely that air transport will increase so strongly next year.

After the global economy plunged to its lowest levels in April and May of this year, some cargo stockpiling took place, but the shipping industry witnessed the strongest increase in volume.

Ti expects both sea and air freight forwarding to see a strong boost from the industrial and automotive sectors next year, as well as from the healthcare and medicine sectors.

Car sales have fallen by 25-30 per cent in the first half of 2020 but are expected to recover to around 17 per cent for the full year.

With the possibility of launching several vaccines, the volume of air freight will increase. In September, IATA estimated delivery of a single dose to 7.8 billion people would fill up 8,000 B747 cargo planes. While other modalities like road and rail could be used, sufficient air transport capacity is essential for global rollout, according to the Ti report.

Meanwhile, the volume of cross-border e-commerce, driven by blockade measures, has accelerated this year, and will set a strong growth path in the future.

The air transport market has lower growth. Its recovery would depend on the recovery of the number of passengers, Ti says. — Vietnam News/Asia News Network